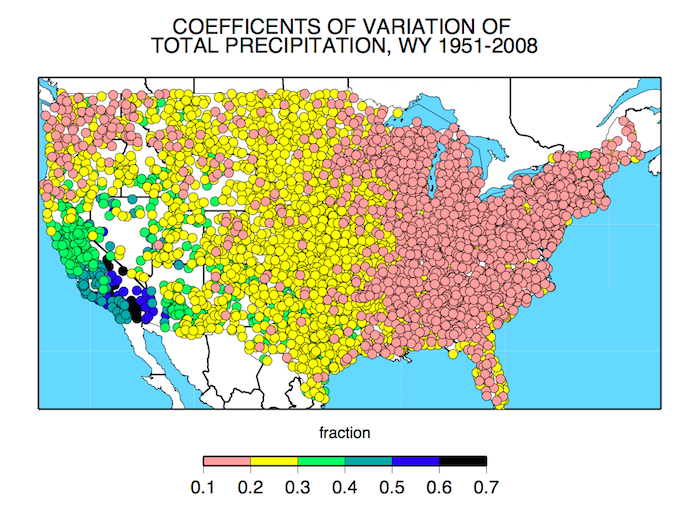 Coefficient of variation (the standard deviation divided by the average) of total precipitation based on water year data from 1951-2008.