CW3E is helping to understand the critically important role that extreme weather events play in shaping climate in California and other regions of western North America. The CW3E climate theme is centered around understanding the benefits of extreme weather events, such as in delivering water supplies, and also the hazards they create in causing floods and debris flows. CW3E research focuses on characterizing extreme events in the West including storm types, frequency, intensity, duration and variability through the careful examination of historical data from weather observing stations, satellites, reanalysis data sets and cataloguing big impact events. An additional component of the research examines extreme weather events in global climate models to understand how these events are projected to change in the future. Much of this work is done in collaboration with CNAP, California Nevada Applications Program (cnap.ucsd.edu), a NOAA sponsored RISA team, some of whose core members are also located at Scripps. 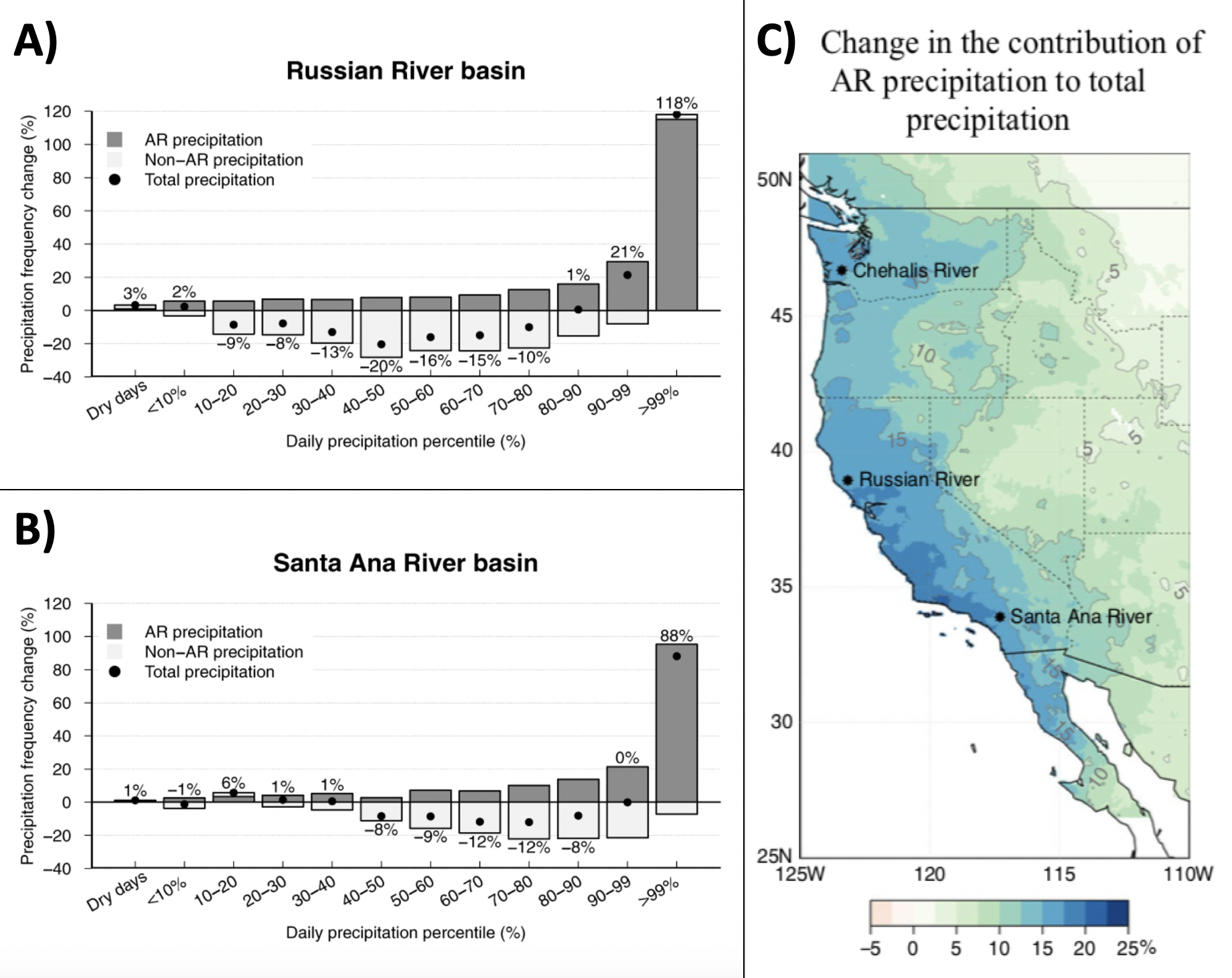 Figure 2 (from Lamjiri et al., 2017). Spatial map of Pearson correlation coefficients illustrating the connection between storm precipitation total with storm duration across the US. 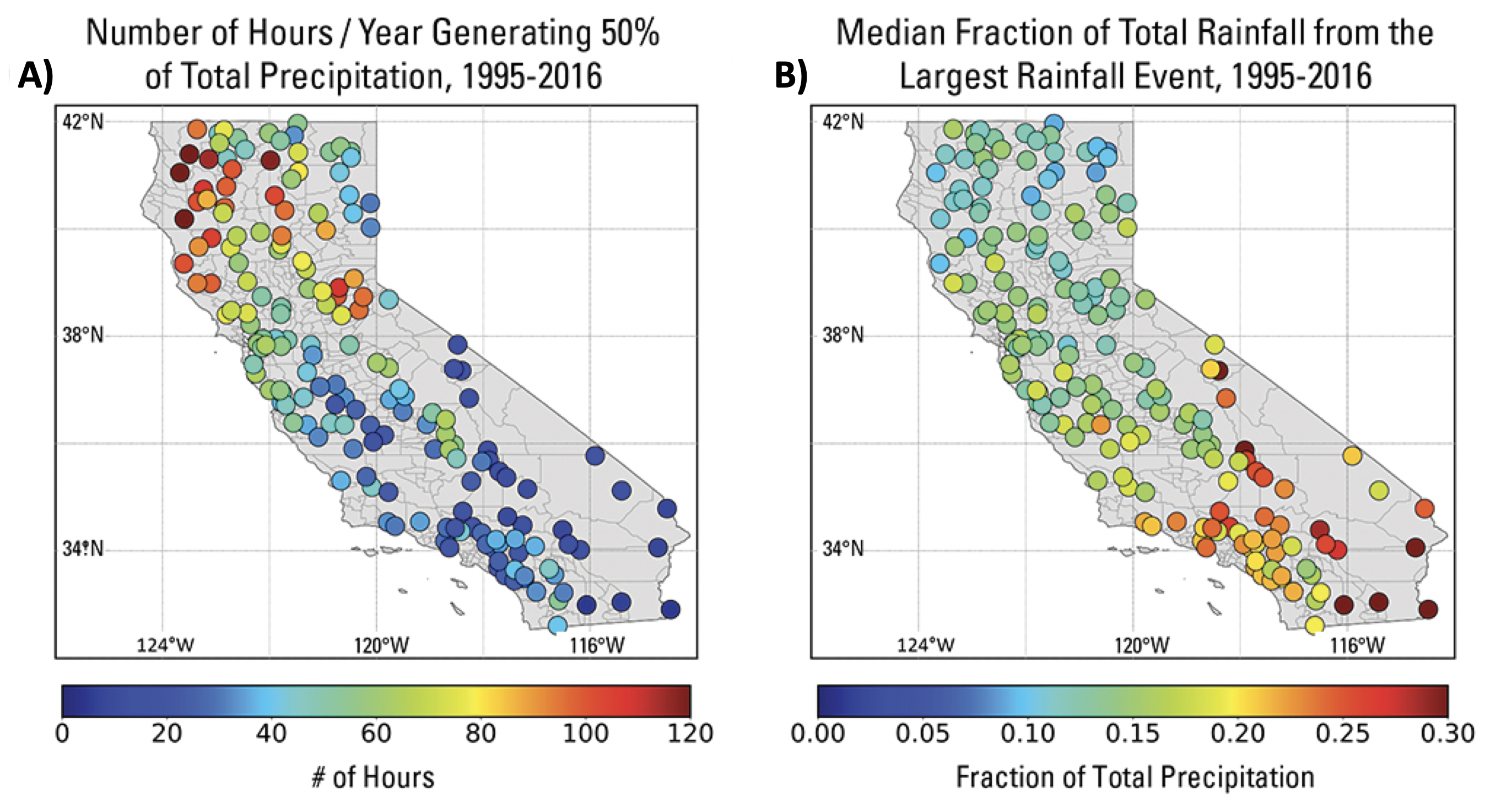 Figure 2 (from Oakley et al.,2018). Marker size indicates the number of over- threshold precipitation events for months of October–May from 1995–2015. Percent of events associated with ARs are represented by marker color for (c) 15 mm per hour threshold, and (d) 20 mm per hour threshold. AR catalog ends in 2015; thus, 2016 could not be incorporated.

CW3E climate research is focusing on the mesoscale dynamics that are associated with high rainrates and long duration storms. CW3E has also begun to examine the North American Monsoon and the climatology associated with extremes in the northern monsoon region. In addition, CW3E is examining how ARs are projected to change in the future and how this impacts annual precipitation changes as well as the most extreme precipitation event in the future.