The Madden-Julian Oscillation (MJO) is a tropical planetary-scale convectively coupled system traveling eastward from the Indian Ocean to the dateline with a period of approximately 30 to 60 days. It has significant global impacts on weather and climate systems including ridging events, atmospheric rivers, precipitation, and temperature through the generation of anomalous teleconnection patterns. In addition, the MJO is a key climate mode of variability in modulating subseasonal-to-seasonal (S2S) prediction skill of atmospheric rivers and ridging events over California.

The findings in this study have implications for the S2S predictability of MJO-related weather phenomena in the future climate. For example, they showed that MJO teleconnections may be more consistent between different MJO events in the future, leading to possibly more reliable S2S predictions for weather phenomena such as precipitation extremes and atmospheric rivers as they are highly modulated by MJO. The more eastward extension in MJO teleconnections, on the other hand, could lead to greater MJO impacts on the northeastern Pacific and North America. 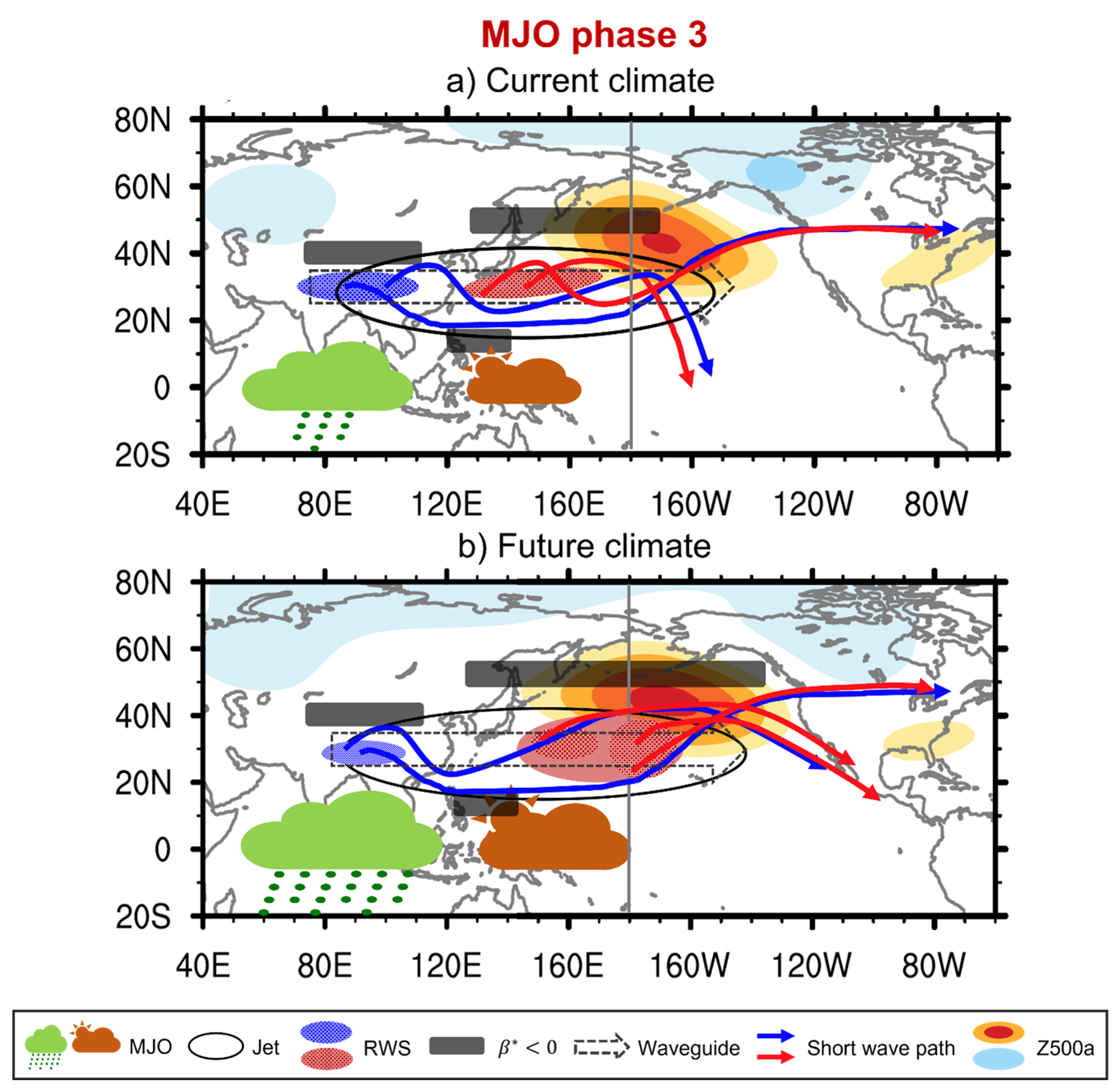 Figure 1: The schematic diagram of dynamical processes (RWS and Rossby wave propagation) related to MJO teleconnections during MJO phase 3 in the (a) current and (b) future climate. Results are derived from the multi-model mean of CMIP6 historical and future runs. The vertical gray line indicates the “dateline”. The relative magnitude of each component is indicated by the difference in the thickness, length, or size of the graph. Note that the variables (e.g., anomalous RWS and propagation wave path) may not be entirely precise in location and pattern.