CW3E collaborator Dr. Andrew Martin and co-authors have published a study investigating the impact of a rapidly developing frontal wave on atmospheric river forecast skill. The article is titled “Rapid Cyclogenesis from a Mesoscale Frontal Wave on an Atmospheric River: Impacts on Forecast Skill and Predictability during Atmospheric River Landfall” and is now available in early online release in the Journal of Hydrometeorology at https://journals.ametsoc.org/doi/abs/10.1175/JHM-D-18-0239.1.

The study examined an atmospheric river that briefly produced integrated vapor transport greater than 1000 kg m-1 s-1 over the Russian River Watershed and brought minor flooding to the Russian River at Guerneville, CA (see figure, panels b,d). This AR was unique because of a small-scale phenomenon that developed along the offshore section of its cold front during the landfall stage. The phenomenon, known as a mesoscale frontal wave, rapidly intensified and became a secondary extratropical cyclone during the period of greatest AR impacts.

Dr. Martin and co-authors examined observations from the Bodega Bay coastal atmospheric river observatory and forecasts from both the California-Nevada River Forecast Center and the Global Ensemble Forecast System for a range of lead times to demonstrate that the mesoscale frontal wave and secondary cyclone reduced forecast skill and negatively influenced confidence in the Guerneville river stage forecast. In addition, this study demonstrated that the near-shore development of a new warm front during the final stages of secondary cyclone formation acted to shield the topography of the Russian River Watershed from orographic controlling layer vapor flux, leading to a 6-hour hiatus in significant precipitation that acted to reduce the peak of the flood.

Co-authors include Dr. F. Martin Ralph, Dr. Anna Wilson, Laurel DeHaan, and Brian Kawzenuk of CW3E. This study was funded by the US Army Corps of Engineers as part of the FIRO program, with Dr. Ralph serving as Principle Investigator. This study is part of an effort to quantify forecast performance, diagnose the driving factors creating forecast problems, and better understand the role of mesoscale processes in modulating heavy precipitation on the US West Coast. 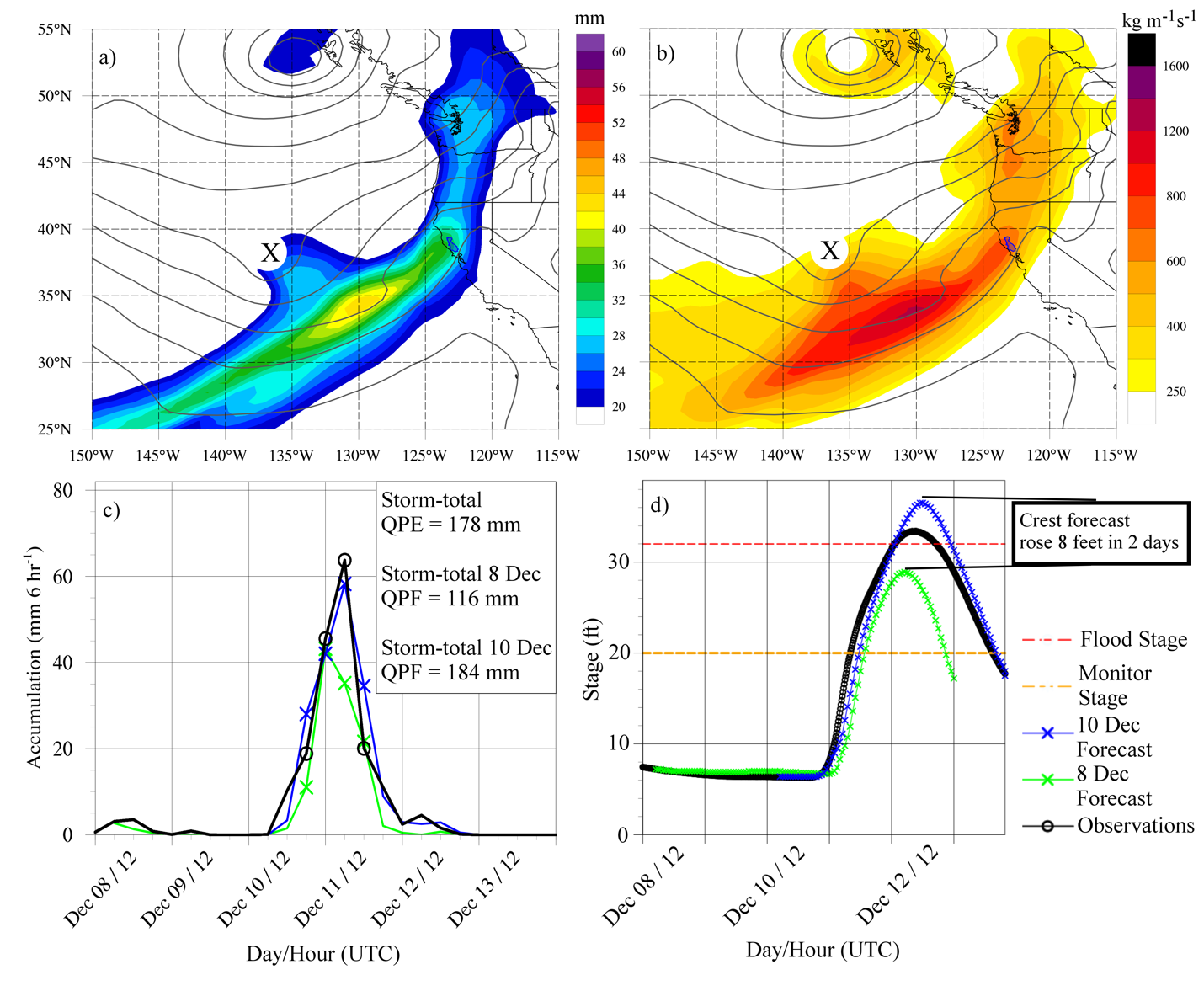