The continental U.S. lies between the high-latitude regions, which are projected to become wetter, and the subtropical zone, which is projected to become drier. As such, there exists considerable uncertainty in the future projected changes in precipitation, in particular for the midlatitude regions. The work is motivated by the opportunity to track model progress across the CMIP phases of experiments in representing the various components of the water cycle and the lack of comprehensive NCA-focused analyses using a moisture-budget framework. A distinctive feature of this work is a focus on the examination of the atmospheric water budget, in particular, the relative importance of remote and local contributions–the convergence of moisture fluxes and local land surface processes (evapotranspiration) respectively–in generating precipitation.

The analysis revealed that, in winter, the remote contributions via moisture flux convergence play a much more important role than local evapotranspiration in all seven NCA regions (Fig. 1, upper panel). In fact, it accounts for four-fifths of the precipitation received in the Northwest, and three-fifths in the Southwest. The CMIP6 multi-model mean (MMM), however, overestimates the remote influence from the Pacific for both of these regions, resulting in a wet bias in the winter mean precipitation. In summer, the local recycling of precipitation via evapotranspiration is found to be larger than the convergence of moisture fluxes from remote regions (Fig. 1, lower panel). The CMIP6 MMM underestimates the local contribution of evapotranspiration in the Southern Great Plains, resulting in an expansive summer precipitation deficit. 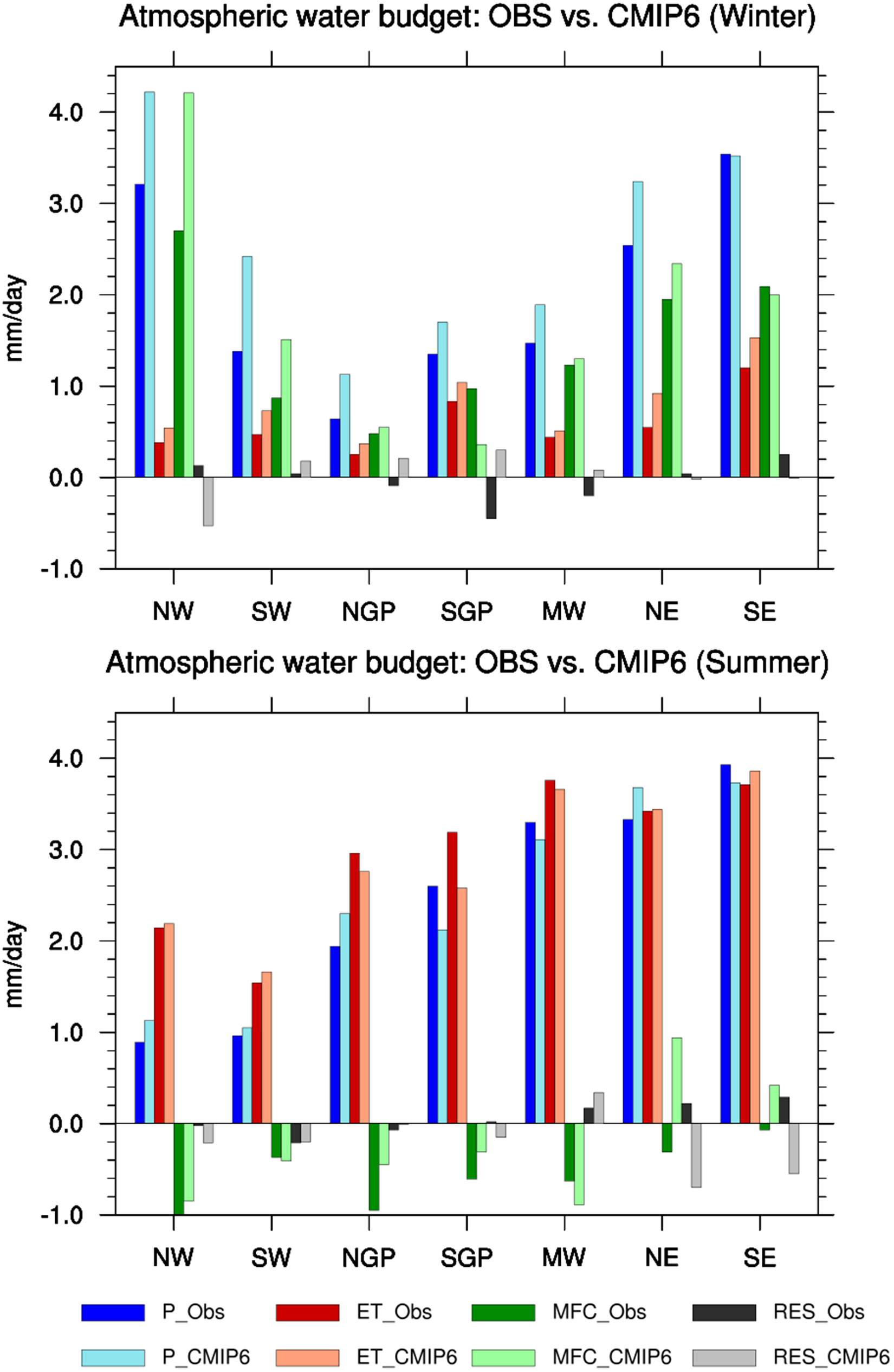 Furthermore, this study provided an NCA-specific view into end-of-century precipitation changes over the CONUS (Fig. 2) with winter mean precipitation projected to increase over five of the seven regions, consistent with an increase in cyclonic circulation over the East Coast and an enhancement of moisture transport from the Atlantic. In summer, the future projections exhibit a meridional dipolar distribution with a widespread decline in the Northern Great Plains and the Midwest and an increase in the Southeast. These changes are also supported by the circulation setup: enhanced anticyclonic flow in the Southeast transporting surplus moisture from the Gulf of Mexico and weakening of southerly flow into the northern and midwestern states with enhanced moisture flux divergence.

In support of ongoing NCA efforts, the Sengupta et al. (2022) study provides an important benchmark for assessing changes to the water cycle in a warming world. The findings of the study help foster the ability to discern which projections are most reliable and therefore usable in complex decision-making contexts, as well as identifying the aspects that need further observational and model development work. 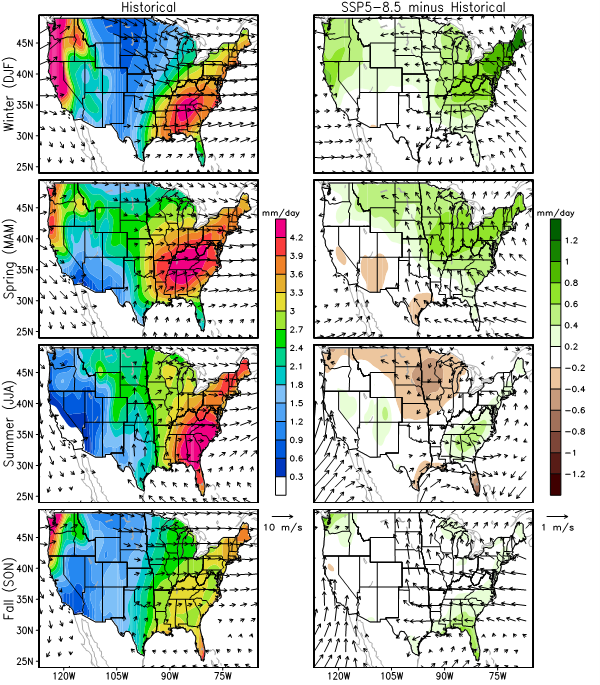