The Role of Atmospheric Rivers in Extratropical and Polar Hydroclimate

Atmospheric Rivers (ARs) are narrow, long, transient, water vapor rich corridors of the atmosphere that are responsible for over 90% of the poleward water vapor transport in and across mid-latitudes. However, the role of ARs in modulating extratropical and polar hydroclimate features (e.g. water vapor content, precipitation) has not been fully studied, even though moistening of the polar atmosphere is both a key result of, and amplifier of, arctic warming and sea ice melt, and precipitation is key to the surface mass balance of polar sea ice and ice sheets. This study uses the MERRA2 reanalysis to characterize the roles of AR water vapor transport on the column-integrated atmospheric water vapor budget in the extratropical and polar regions of both hemispheres.

Meridional water vapor transport by ARs across a given latitude (examined for 40°, 50°, 60°, and 70°) is strongly related to variations in area-average (i.e. over the “cap” poleward of the given latitude) total water vapor storage and precipitation poleward of that latitude. For the climatological annual cycle, both AR transport (i.e., non-local sources) and total evaporation (i.e., local sources) are most correlated with total precipitation, although with slightly different phases. However, for monthly anomalies, the water budget at higher latitudes is largely dominated by the relationship between AR transport and precipitation. For pentad and daily anomalies, AR transport is related to both precipitation and water vapor storage variations. These results demonstrate the important role of episodic, extreme water vapor transports by ARs in modulating extratropical and polar hydroclimate.

Figure 1 from Nash et al. 2018. a) A schematic of the atmospheric water budget for a region poleward of a given latitude (e.g. 60ºN). The red arrows indicate flux of integrated water vapor transport (IVT), the majority of which is AR-related in the mid to high latitudes. The green arrows indicate the surface evaporation (E) of water poleward of a given latitude, and the clouds and rain indicate the loss of water vapor when it condenses and falls as precipitation (P). All these terms combine into equation 1 where the change in water vapor storage (∂IWV/∂t) is equal to the evaporation minus the precipitation in the region plus the flux of IVT into that region. b) A schematic showing a top down view of IVT and AR-IVT flux at 60°N. The majority of IVT and AR-IVT enter the Arctic via the red line regions (i.e. the AR-IVT Atlantic and Pacific Pathways). 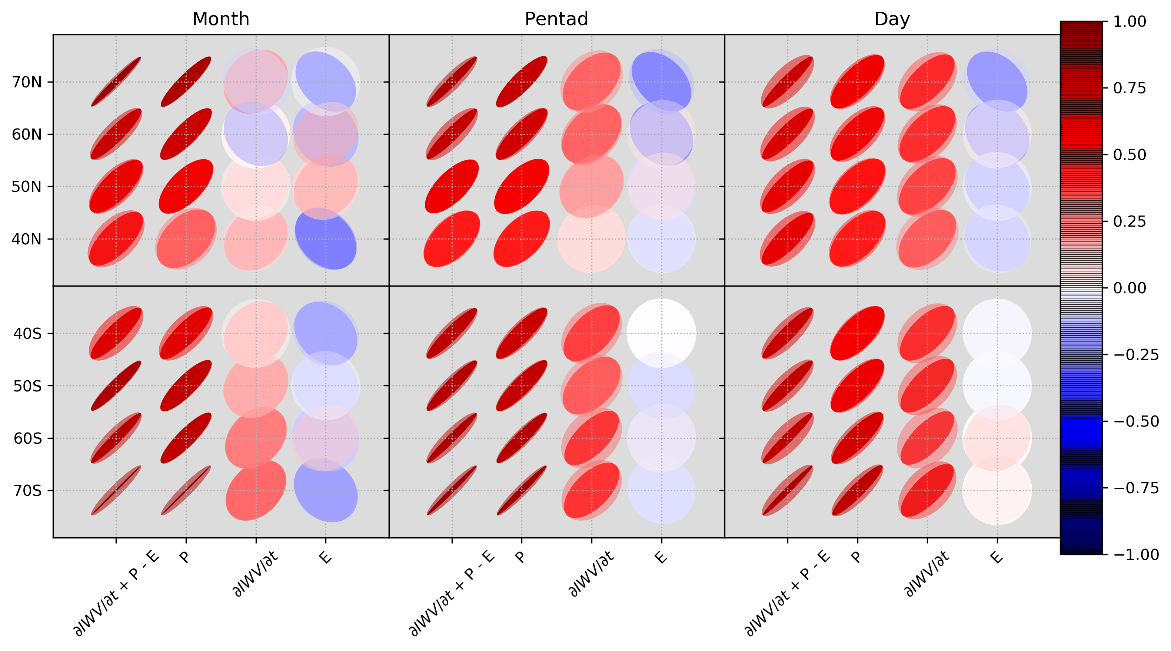