IARC is part of a multi-year effort led by CW3E’s Director F. Martin Ralph, Mike Dettinger of USGS and David Lavers of ECMWF to foster collaboration and exchange of ideas on atmospheric rivers (AR).

Woven through this series of events over 3 years is the development of the AR Monograph, which has been funded by a grant, including publication by University of California Press. IARC brings together most of the Chapter authors, at a point in the writing where new ideas garnered during the conference can be incorporated into the Monograph. The goal is then to have the Monograph finalized and in print for the AR Summer Colloquium. A technical editor, Lauren Muscatine (and her experienced team from UC Davis), is supporting preparation of the Monograph.

IARC received 75 abstracts from people around the world studying ARs, their impacts and applications of AR information to decision making. Submissions represent work on 6 continents plus Greenland. It has been planned by an international steering committee of experts on the subject. 90 people have registered for the conference, which will include several invited presentations, oral sessions, a poster session, panels on “applications to decision making,” “converging on a definition of atmospheric rivers” and on “future directions.” Breakout sessions will be held on “AR Forecasting,” “AR Book Chapters” and on “ARs in future climates and subseasonal to seasonal prediction.”

Sessions are organized around the following themes, which represent sections in the AR Monograph: 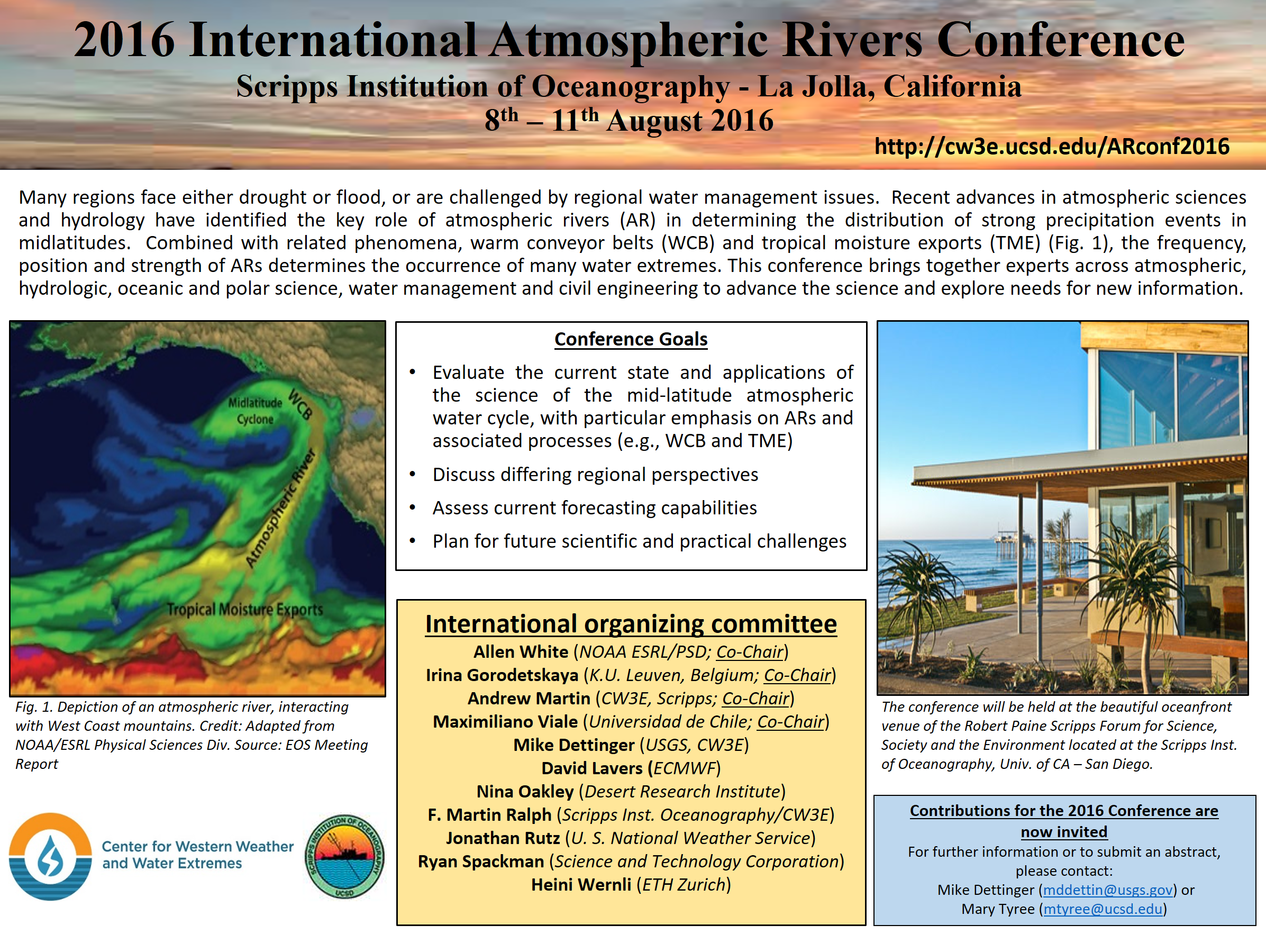