The odds shown here are the odds of precipitation in the rest of the water year (after December 2017) totaling a large enough amount to bring the water-year total to equal or exceed the percentage of normal listed. “All Yrs” odds based on monthly divisional precipitation totals from water year 1896-2015. Numbers in parenthesis are the corresponding odds if precipitation through December had been precisely normal (1981-2010 baseline). 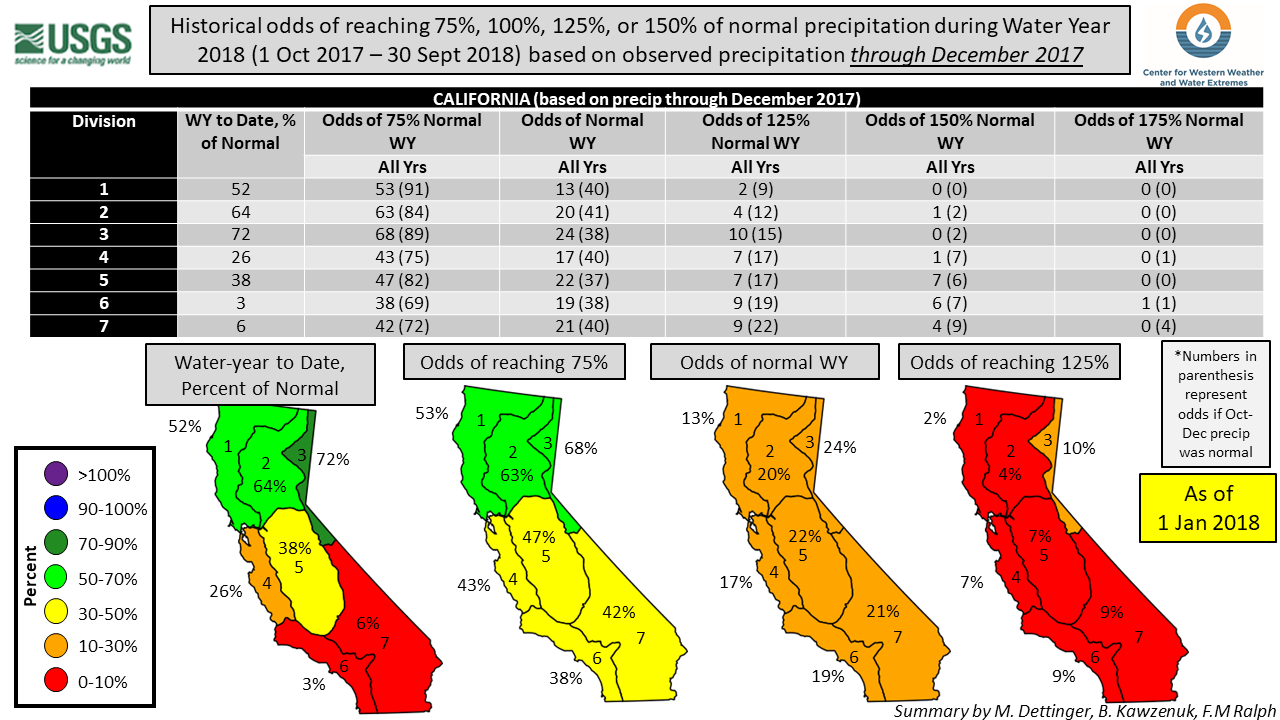 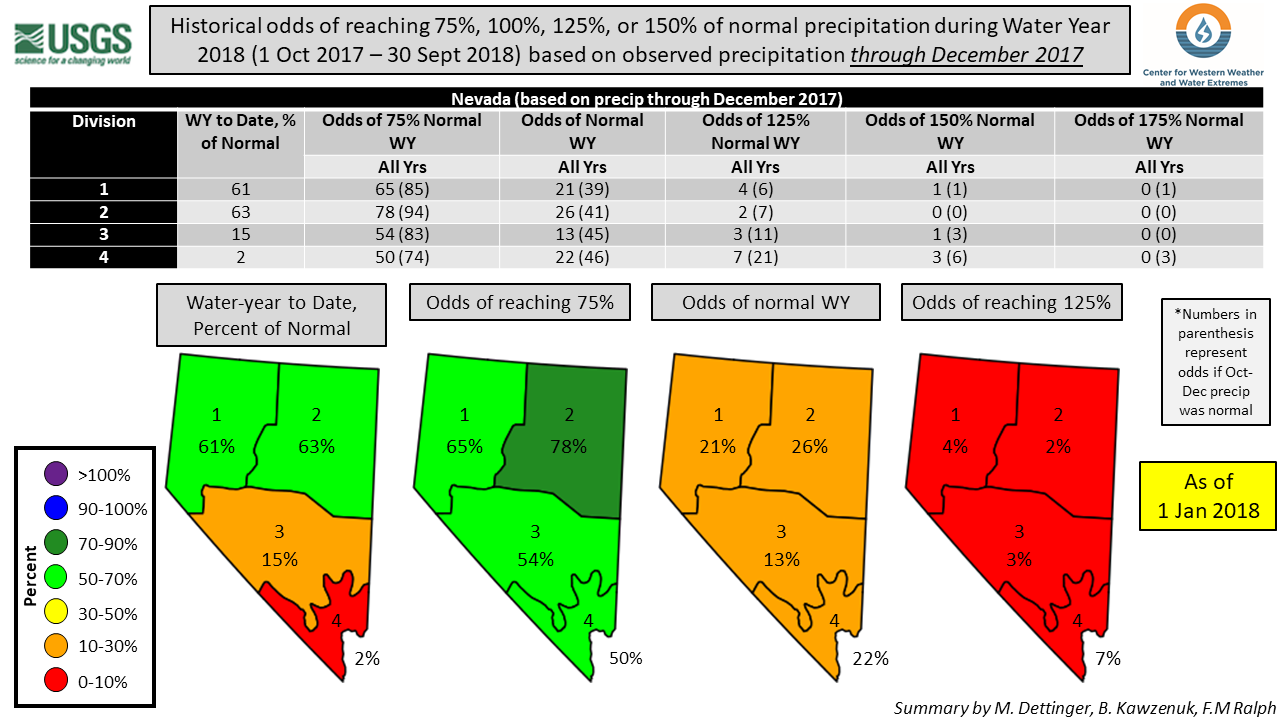