Current and Emerging Developments in Subseasonal to Decadal Prediction

The purpose of this BAMS article is to summarize the current state of Subseasonal-to-Seasonal (S2S) and Seasonal-to-Decadal (S2D) research, and to identify future needs in both the research and operations communities to improve S2S and S2D prediction of weather and climate variables. S2S predictability of atmospheric rivers and precipitation is a key thematic focus area for CW3E, and represents a timescale of prediction that is of vital importance to our stakeholders at the California Department of Water Resources.

The current areas of research interest and particular future needs described in this article were identified during the 2018 International Conferences on Subseasonal to Decadal Prediction in Boulder, CO. These conferences were organized jointly by the World Climate Research Programme (WCRP) and the World Weather Research Programme (WWRP) as an opportunity for the international S2S and S2D research communities to gather together in an effort to share their research and initiate new collaborations.

The BAMS article by Merryfield et al. provides an overview of common challenges to both the S2S and S2D communities, including adequate and accurate representation of physical processes in models that give rise to predictability in the Earth system, reducing model biases and errors that may cause systematic degradation of forecast quality, and communicating uncertainty and providing forecast information to stakeholders in a form that is conducive to better decision making. An overview of both mechanisms and sources of S2S predictability are presented, including the Madden-Julian Oscillation (MJO), sudden stratospheric warming events (SSWs), land-atmosphere interactions such as soil moisture/temperature anomalies and vegetation states, and sea ice variability. Additionally, mechanisms and sources of S2D predictability are also described, including tropical-extratropical teleconnection patterns related to the El Niño-Southern Oscillation (ENSO), SST patterns that vary on decadal timescales in both the Atlantic (Atlantic Multidecadal Variability) and Pacific (Pacific Decadal Variability) Ocean basins, and variations in radiative forcing. These sources of predictability and their associated prediction timescale ranges are summarized below in Figure 1. 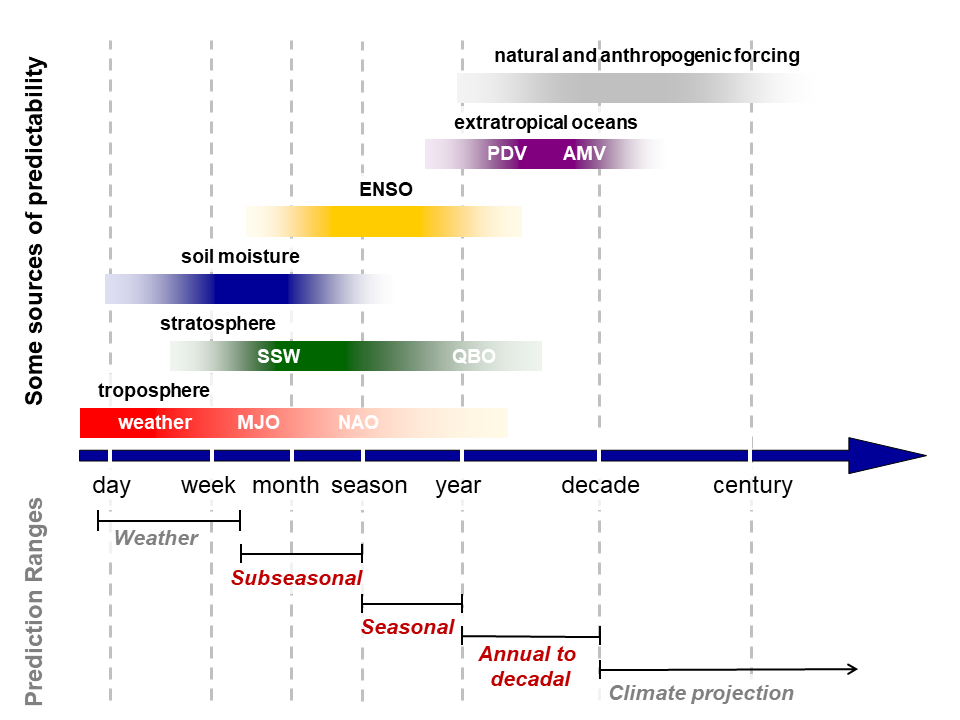 Figure 1: Schematic depiction of temporal ranges and sources of predictability for weather and climate prediction. The subseasonal range encompasses the S2S time scales, and the seasonal and annual-to-decadal ranges encompass the S2D time scales that are considered in this work. Longer multi-decadal and centennial ranges derive predictability mainly from forcing scenarios rather than initial conditions, and are typically represented through climate projections originating from historical simulations begun in preindustrial times rather than predictions initialized from more recent observation-based climate states. Figure 1 of Merryfield et al. (2020).

The article also includes a discussion regarding the various applications sectors (including water resource management) and their associated decisions that are influenced by S2S and S2D weather and climate phenomena. A summary of this framework is presented below in Figure 2. 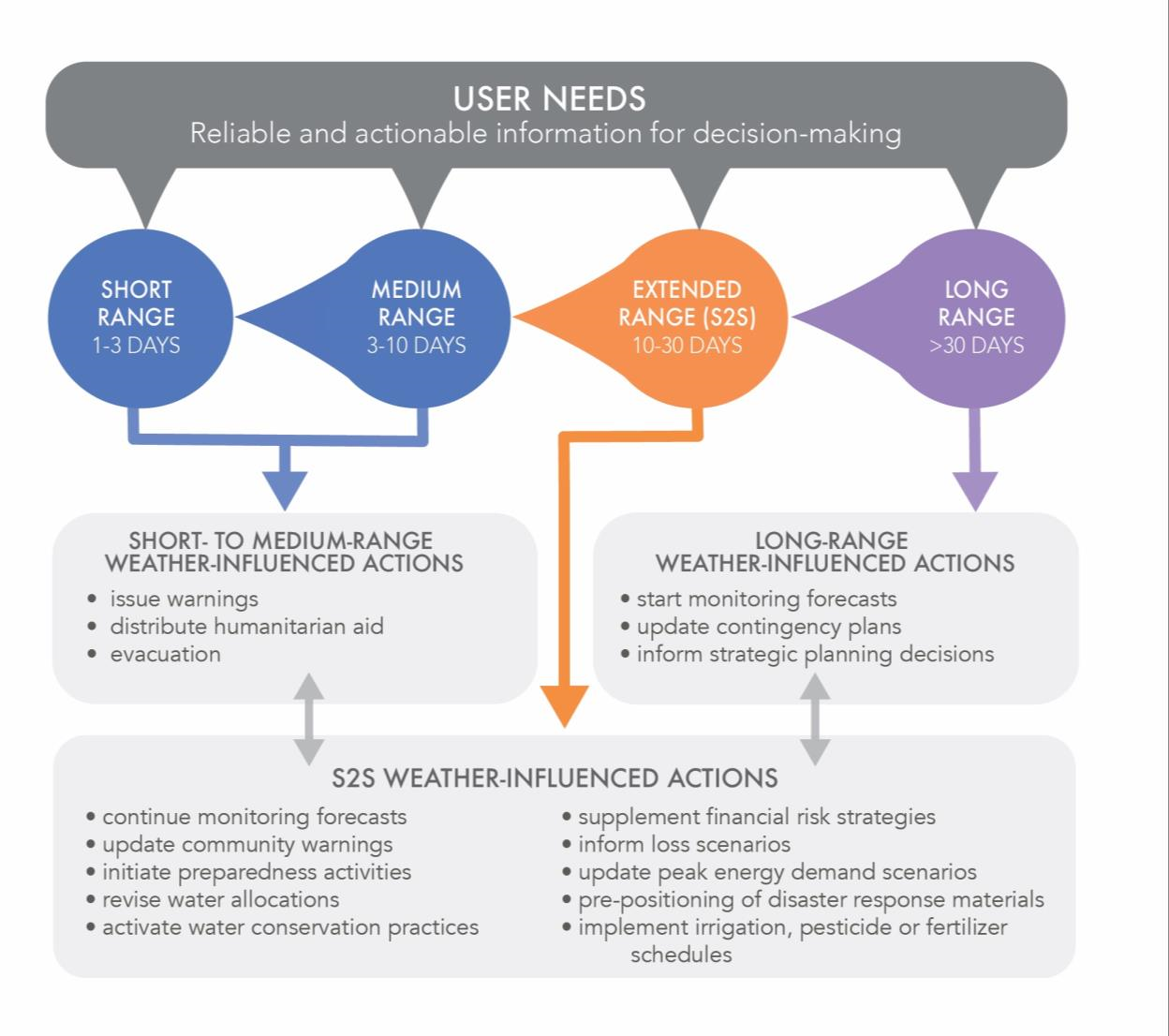 Figure 2: Schematic illustration of relationships between an S2S forecast range of 10-30 days and other prediction timescales, including examples of actionable information that can enable decision making by various sectors. Figure 10 of Merryfield et al. (2020).