How Many Atmospheric Rivers Have Hit the U.S. West Coast During the Remarkably Wet Water Year 2017?

It has been well established that much of the west coast receives roughly 30-50% of its annual precipitation from landfalling atmospheric rivers. One of the goals of CW3E is to provide timely information on atmospheric rivers and their impacts on water in the West. The analysis presented here is based upon examination of AR conditions on each day from 1 October 2016 through 31 March 2017. Research-based criteria for AR identification have been used, especially the strength of integrated vapor transport (IVT). ARs are also ranked according to a simple scale introduced in 2016 (see inset in the graphic for the scaling).

As would be expected, one reason this winter has been so wet in the west is the large number of landfalling ARs. In addition, a large fraction of these events has been strong, or even extreme, in magnitude, and have caused serious flooding, and incidents like the Oroville Dam spillway issue. 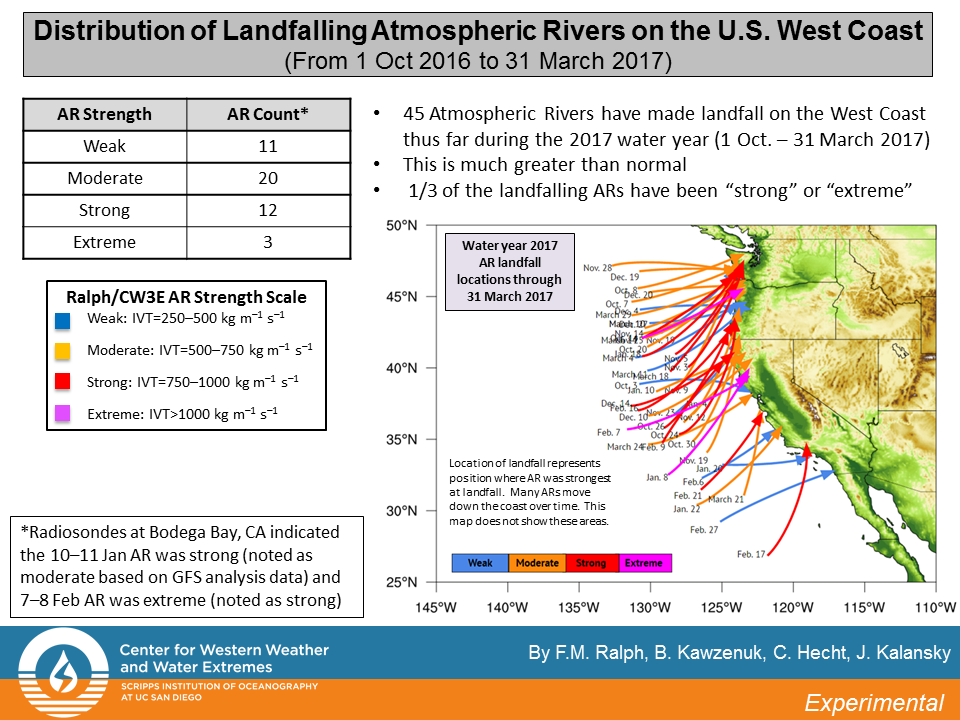 There have been 45 total atmospheric rivers that have made landfall over the U.S. West coast from 1 October to 31 March 2017. Of the 45 total ARs, 10 have been Weak, 20 have been Moderate, 12 have been Strong, and 3 have been Extreme (Based on IVT magnitude). 1/3 of the landfalling ARs have been “strong” or “extreme”.

The large number of ARs that have made landfall over the U.S. West Coast have produced large amounts of precipitation. The Northern Sierra 8-station index is currently at 83.4 inches, which is just 5.1 inches below the wettest year on record with seven months remaining in the water year. The graphic below, from the California Department of Water Resources, highlights this information. 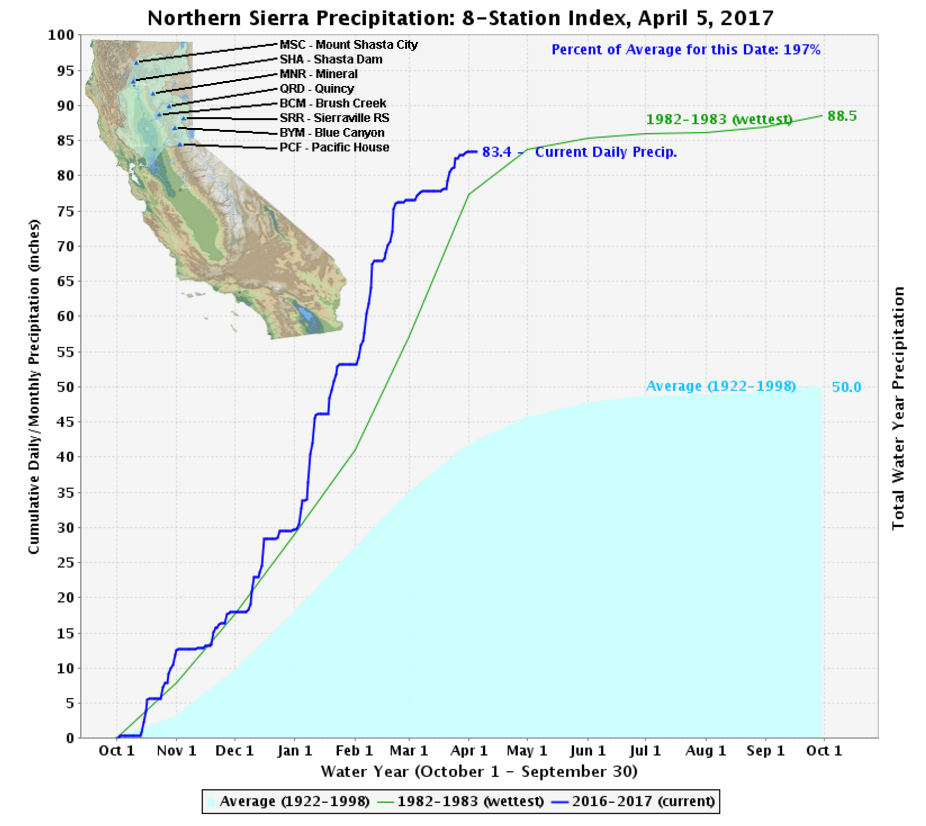