CW3E gives an outlook on current and upcoming Atmospheric River (AR) events along the U.S. West Coast. A moderate AR is currently impacting central California producing light precipitation over the northern Sierra Nevada and Central Valley. Two ARs are expected to make landfall over the Pacific Northwest in the next seven days, with both propagating south over California prior to dissipation. Long range forecasts also show the potential for another strong AR to make landfall in the Pacific Northwest next week. 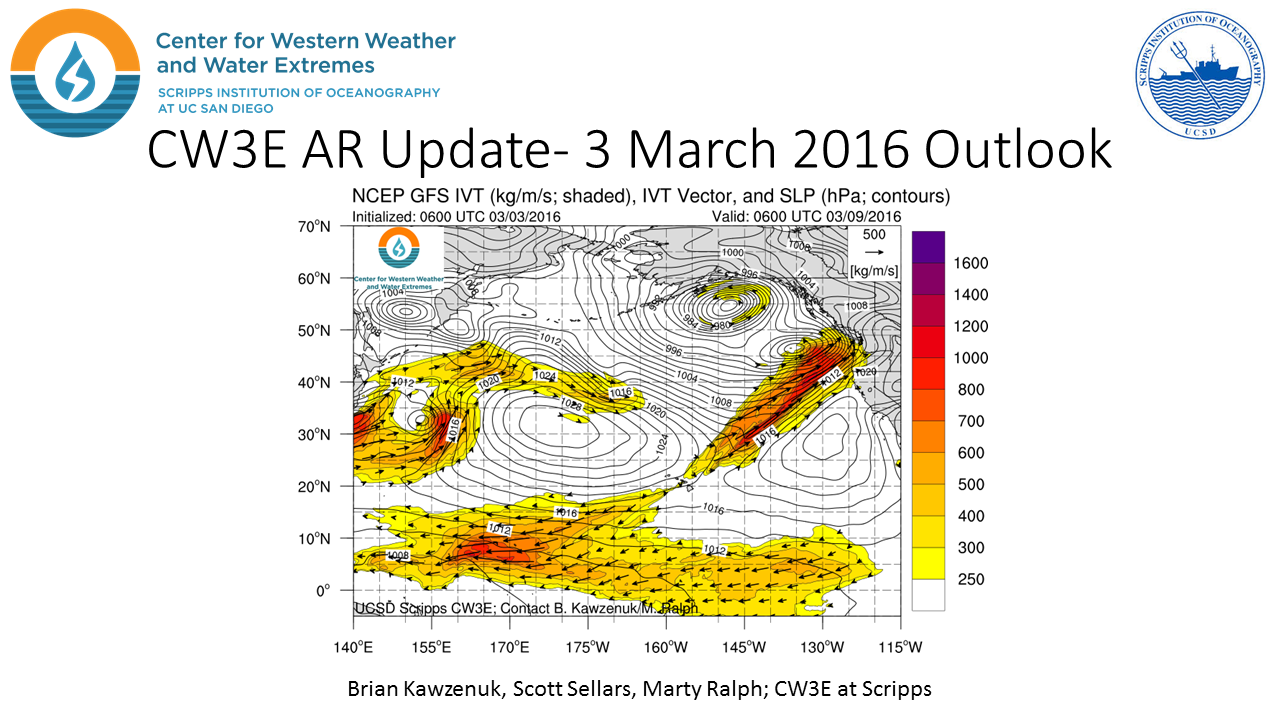 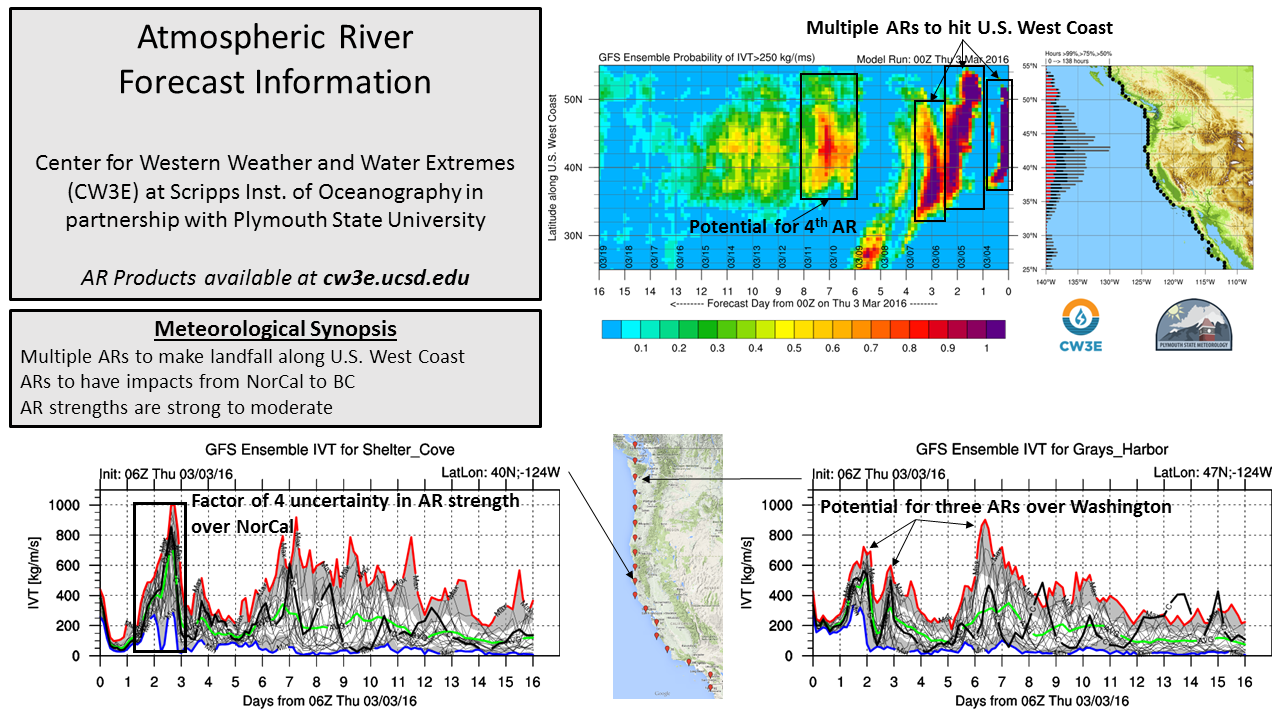 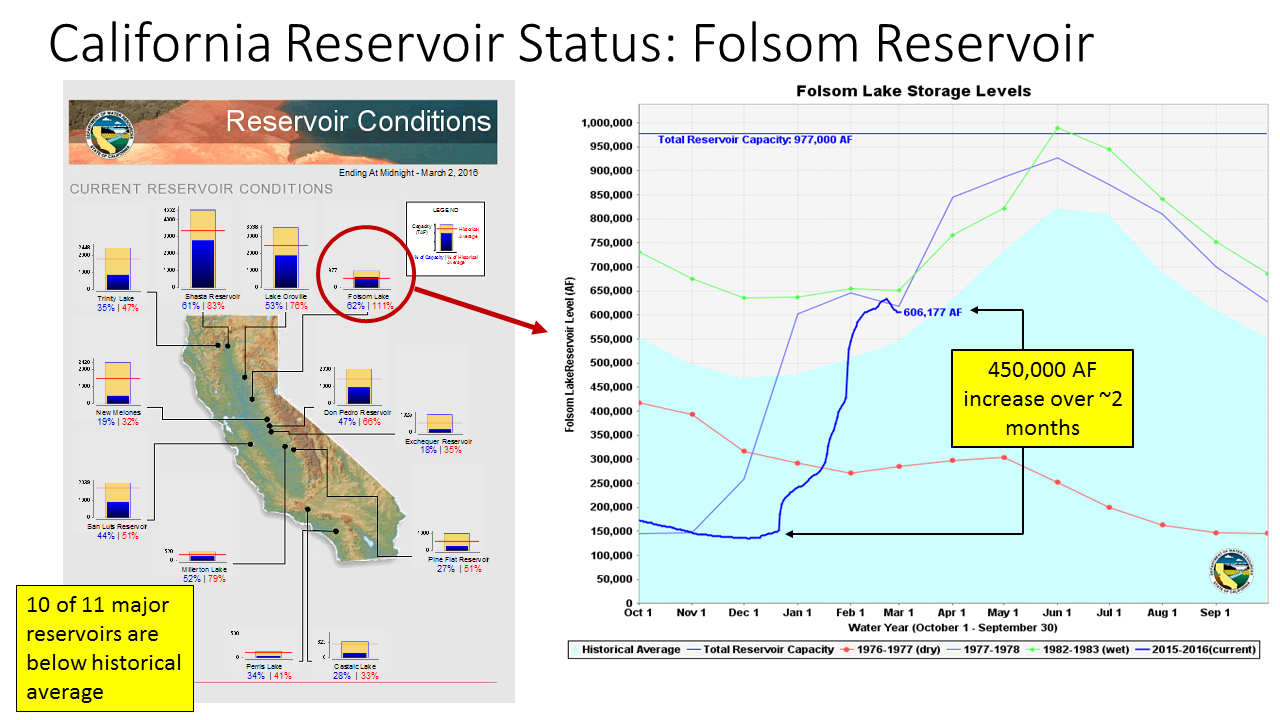 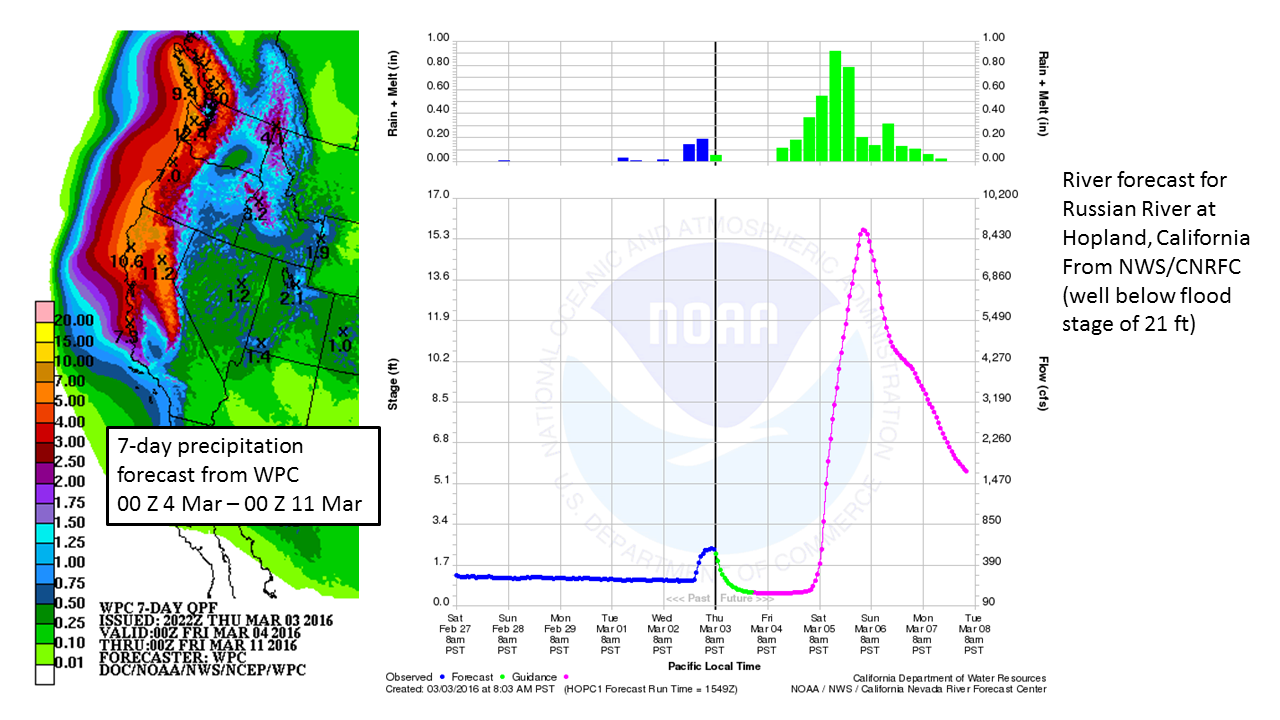 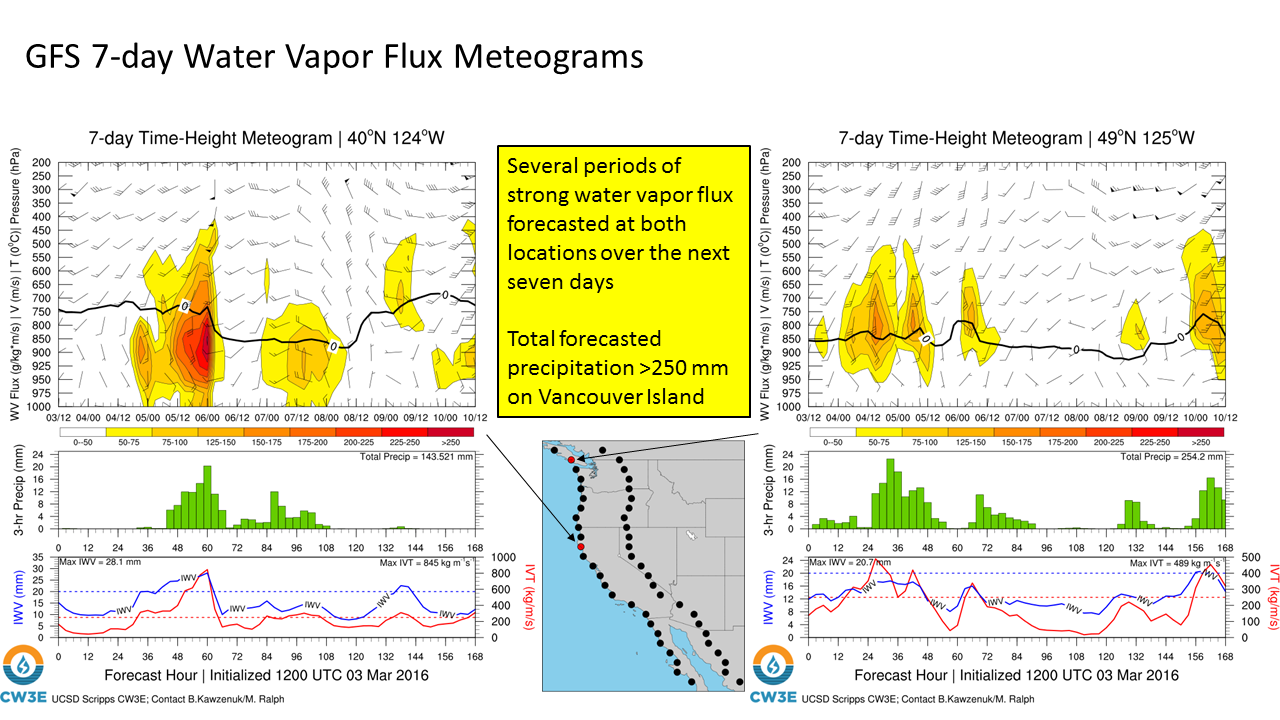 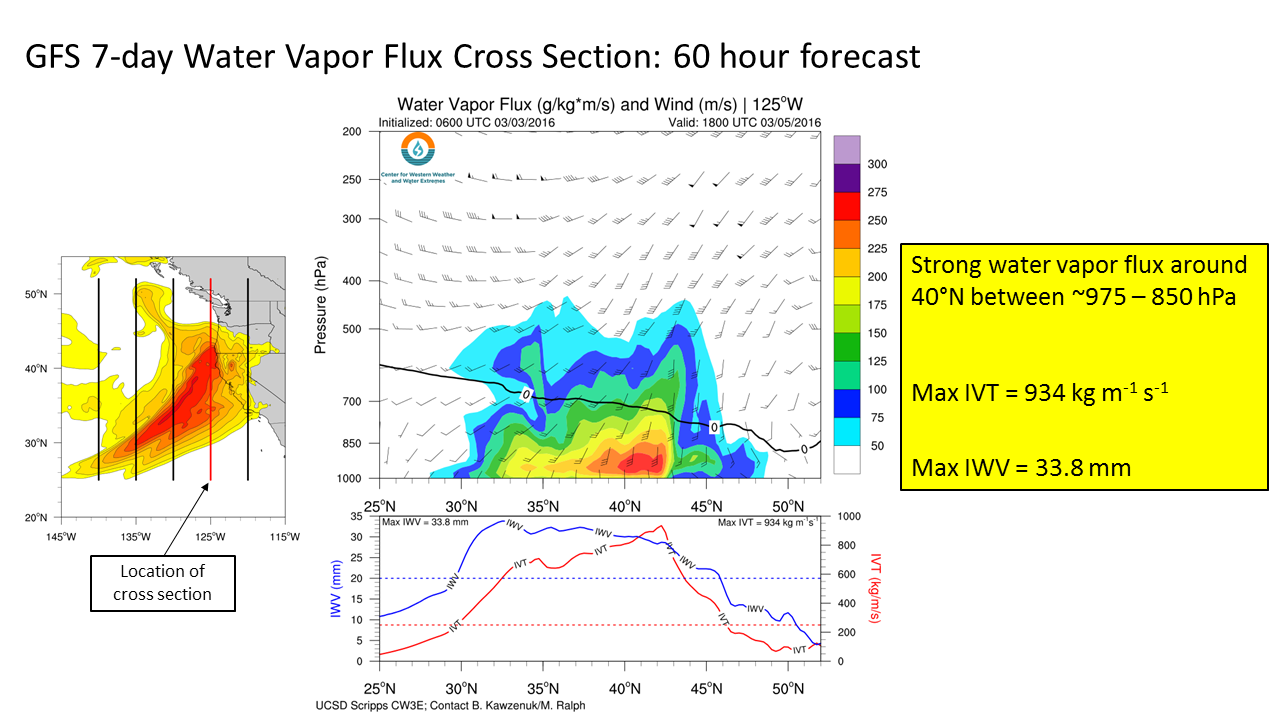 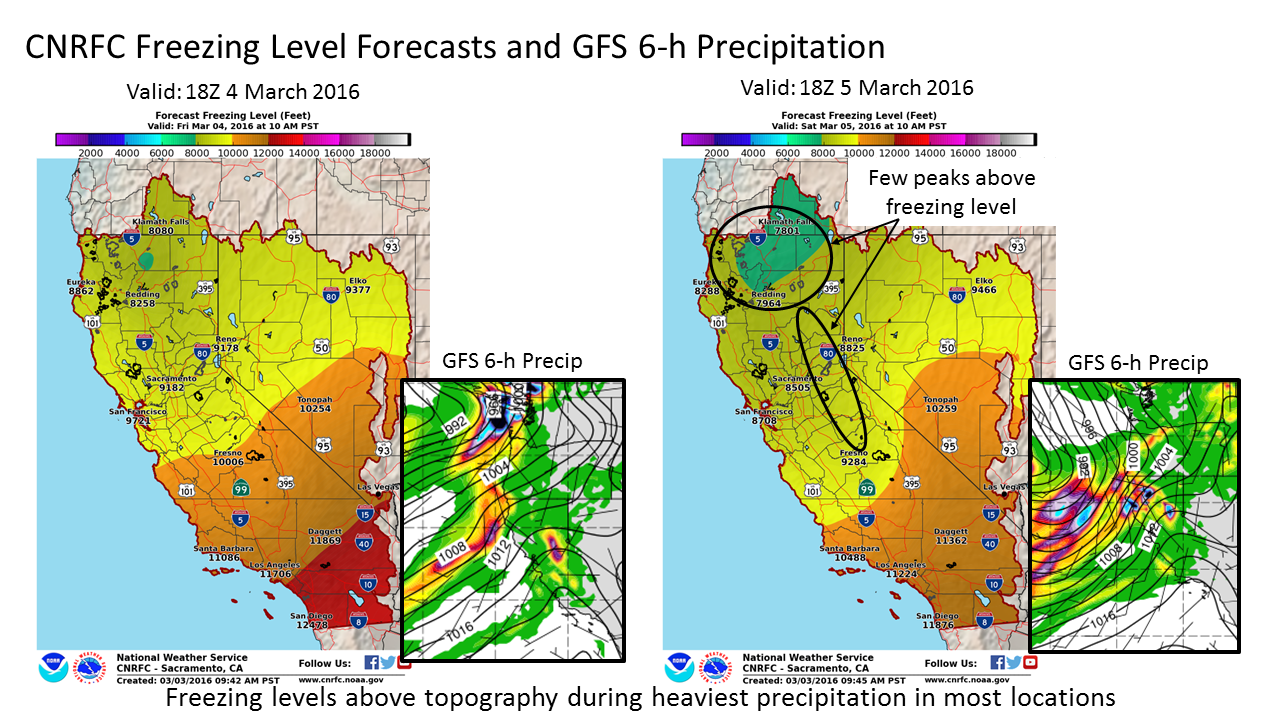 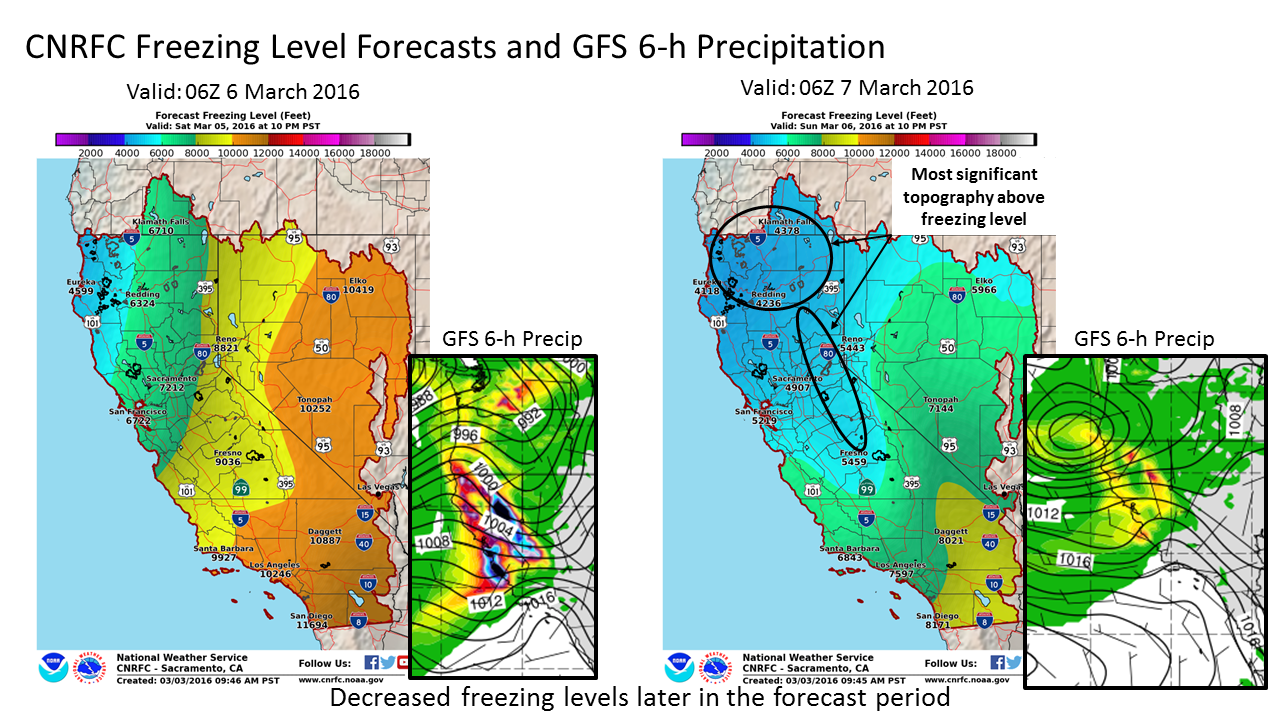