“Atmospheric Rivers”: Rising Interest in Science and the Media

The term “atmospheric river” was first coined in 1994 to describe atmospheric water vapor transport across the mid-latitudes. Subsequent research has shown them to be responsible for the majority of extreme hydrologic events in the western United States, Europe, and South America, as well as being critical to water resources in these regions.

A recent analysis conducted by Ann Coppin and Duane Waliser of NASA’s Jet Propulsion Laboratory and Marty Ralph of Scripps Institution Of Oceanography’s CW3E has highlighted the growing number of journal publications using the term “atmospheric rivers”, illustrating a growing use for this terminology (see figure below). 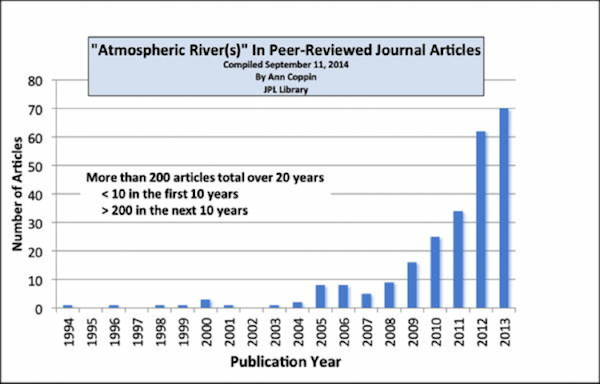 The number of references across different media outlets has also risen underscoring the increasing public interest in this phenomenon (see figure below). 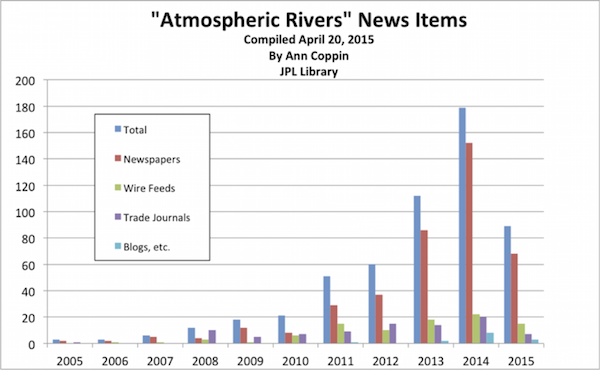