CalWater-2 took major steps from vision to reality on 22-24 April 2014 at Scripps Institution of Oceanography when roughly 40 key individuals (scientists, engineers, aircraft and ship managers, and students) met to plan for major field deployments in 2015. The following facilities are committed (or nearly so) to a field campaign between roughly 10 January and 10 March 2015:

The DOE facilities are part of the ARM Cloud Aerosol Precipitation Experiment (ACAPEX) experiment addressing (1) aerosol impacts on clouds and precipitation and (2) atmospheric rivers. The NOAA facilities were requested also based on the CalWater vision, with an emphasis on atmospheric-river science questions.

The workshop concluded with a plan for specific start and end dates for each facility, narrowed options for where to operate them, a plan for a field operations center (and a specific possible location), strategies for developing coordinated ship and aircraft operations, and plans for the forecasting capabilities needed to guide missions. In addition, the 12-member CalWater Core Scientific Steering Group met afterword and reviewed plans for 2016-2018 and strategies to advance the longer term Calwater Vision. The Steering Group committed to organizing two special sessions and a side meeting (for last minute coordinations of the 2015 CalWater and ACAPEX activities) at the Fall Meeting of AGU in December 2014, and a journal article describing the program. The proposed AGU sessions are:

The presentations from the Workshop are available here. 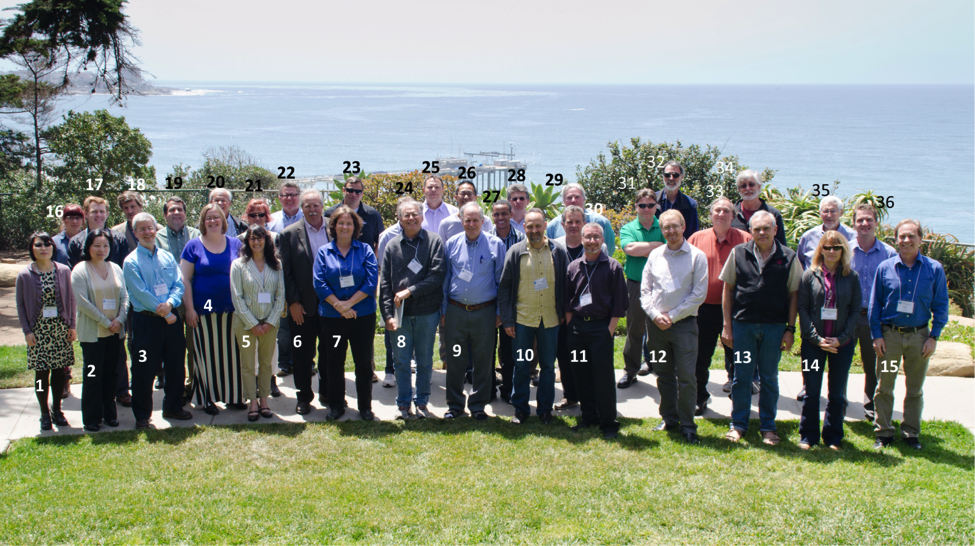 Photo of most workshop participants at the CalWater 2015 – ACAPEX workshop at Scripps, April 2014. 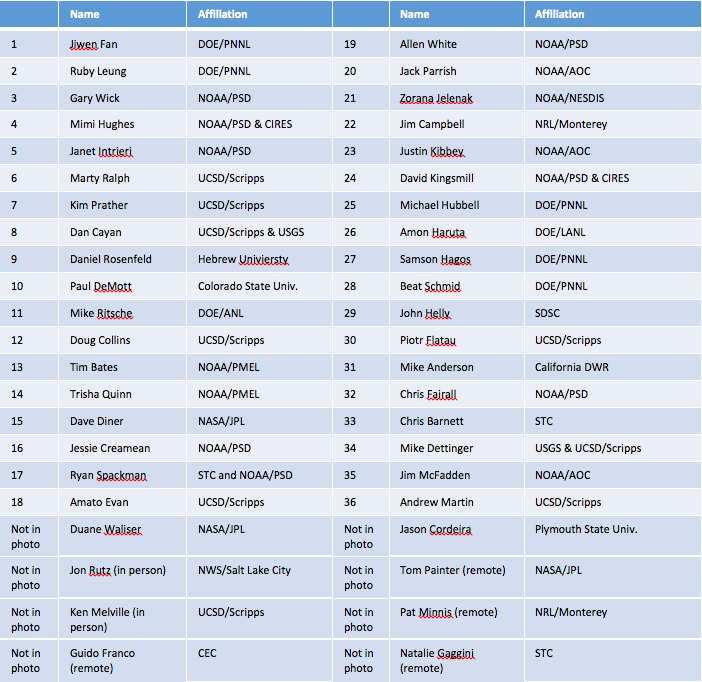