CW3E gives a post-event storm summary about a moderate strength Atmospheric River that made landfall over Northern California on 5 March 2016. The AR was an R-Cat 1 event and produced over 10 inches of 72-hour precipitation. 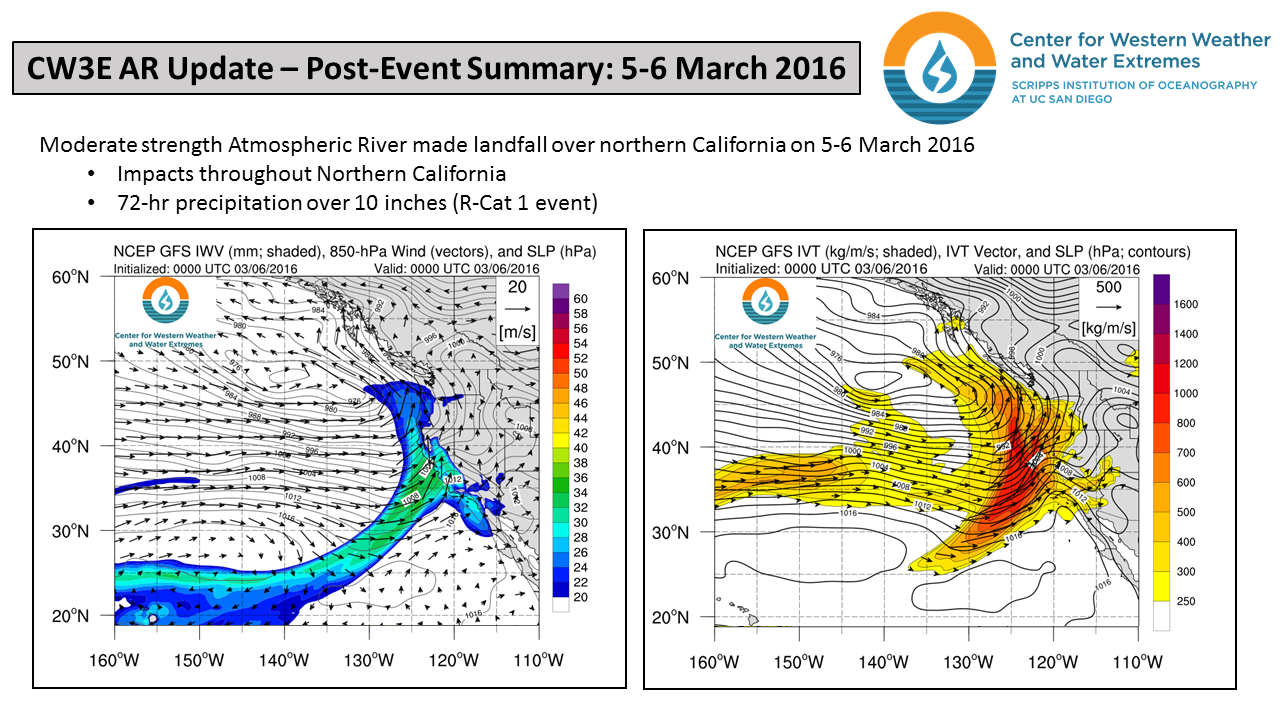 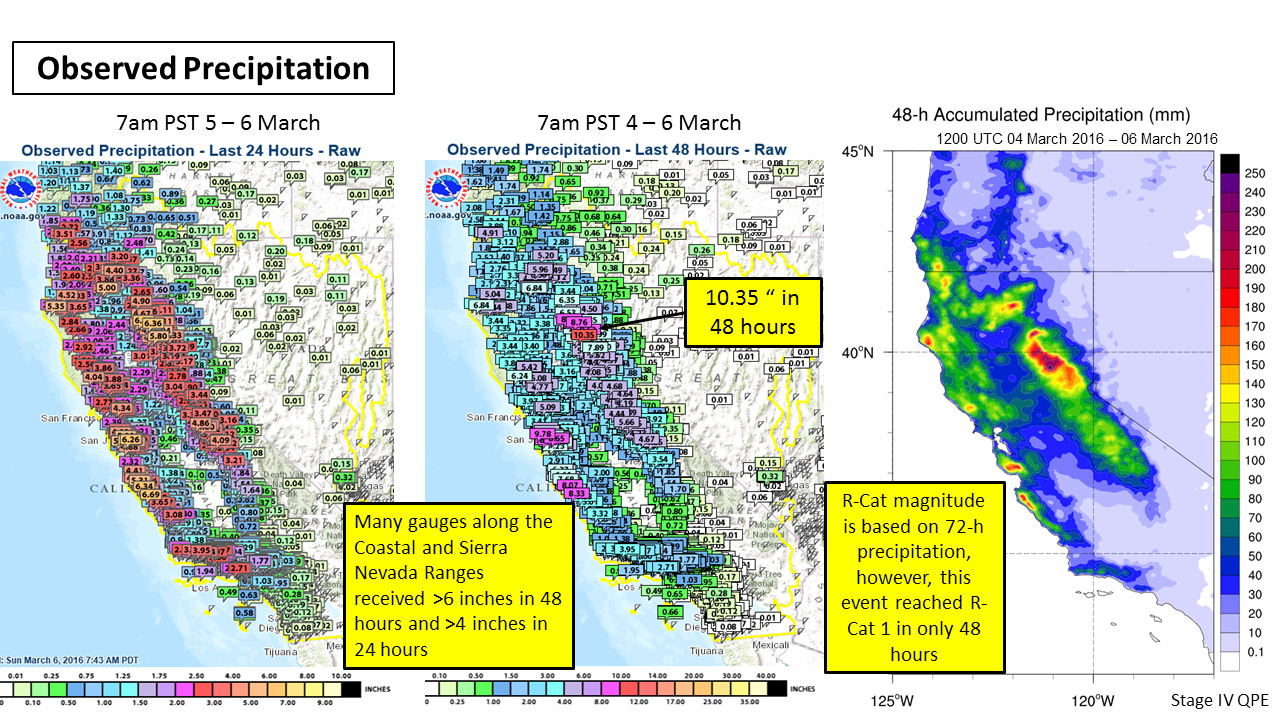 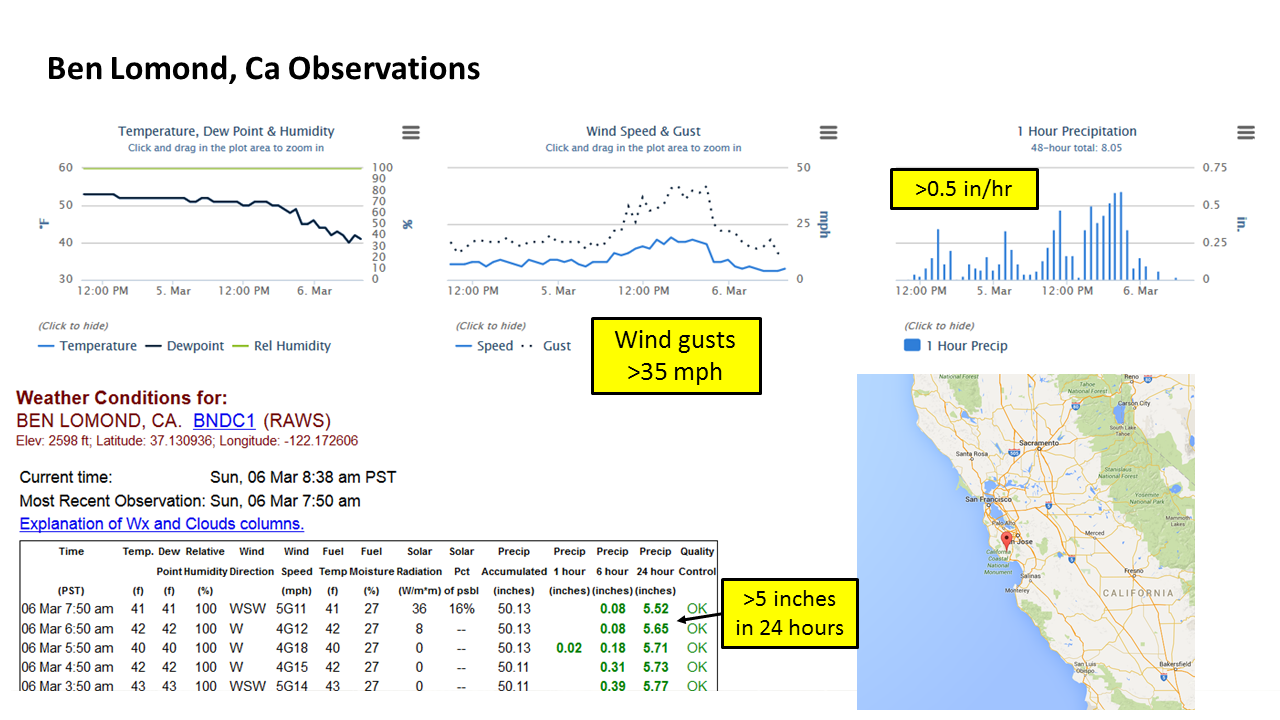 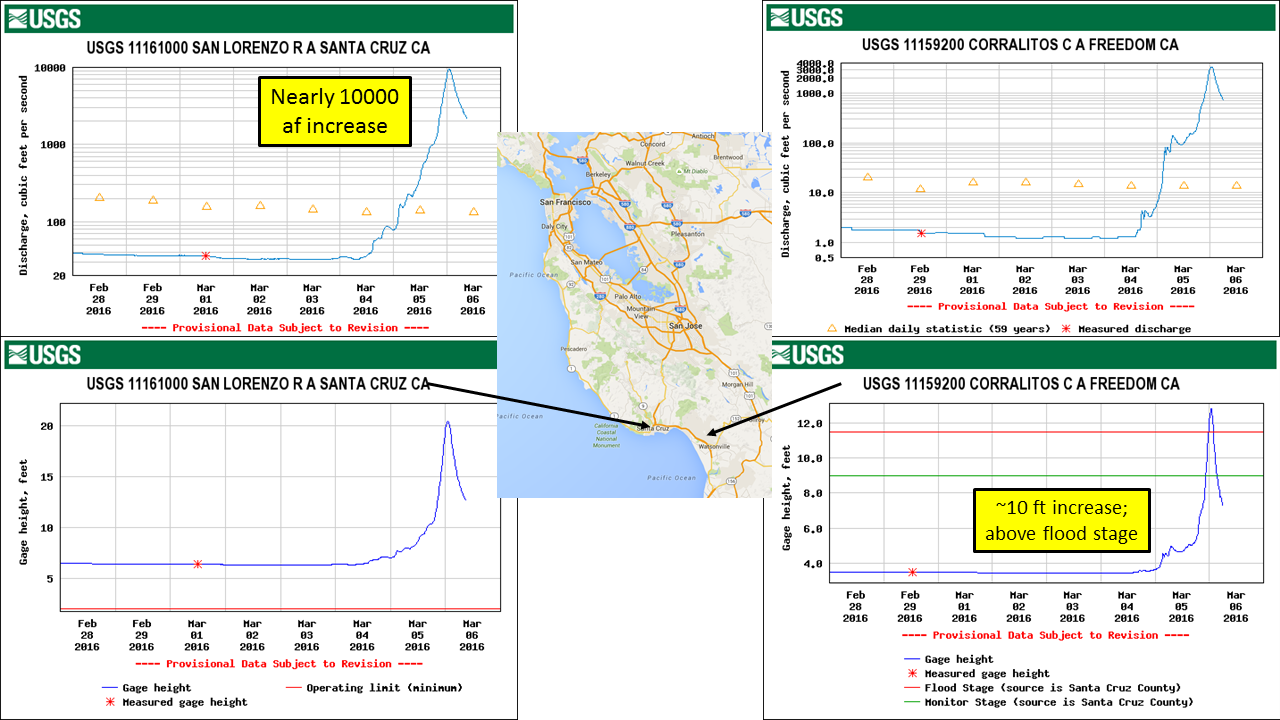