CW3E Begins Installation of Instrumentation in the Russian River Watershed

CW3E began its summer fieldwork campaign in the Russian River watershed last week with the installation of surface meteorology, soil moisture and streamflow instruments. Pictured are CW3E members and collaborators from the U.S. Army Corps of Engineers and Sonoma County Water Agency after installing soil moisture sensors on the Corps’ property at Lake Mendocino. The observations from the fieldwork campaign will provide information on precipitation, soil moisture and streamflow during cool-season atmospheric rivers (ARs) that produce the majority of the inflows to Lake Mendocino. The reservoir is a focus of the Forecast Informed Reservoir Operations project, which assesses the potential to enhance water resources and flood control operations with hydrometeorological forecast data. The surface meteorology and hydrology data from the field campaign will complement additional observations of the atmosphere made by CW3E, NOAA and other project collaborators.​​ 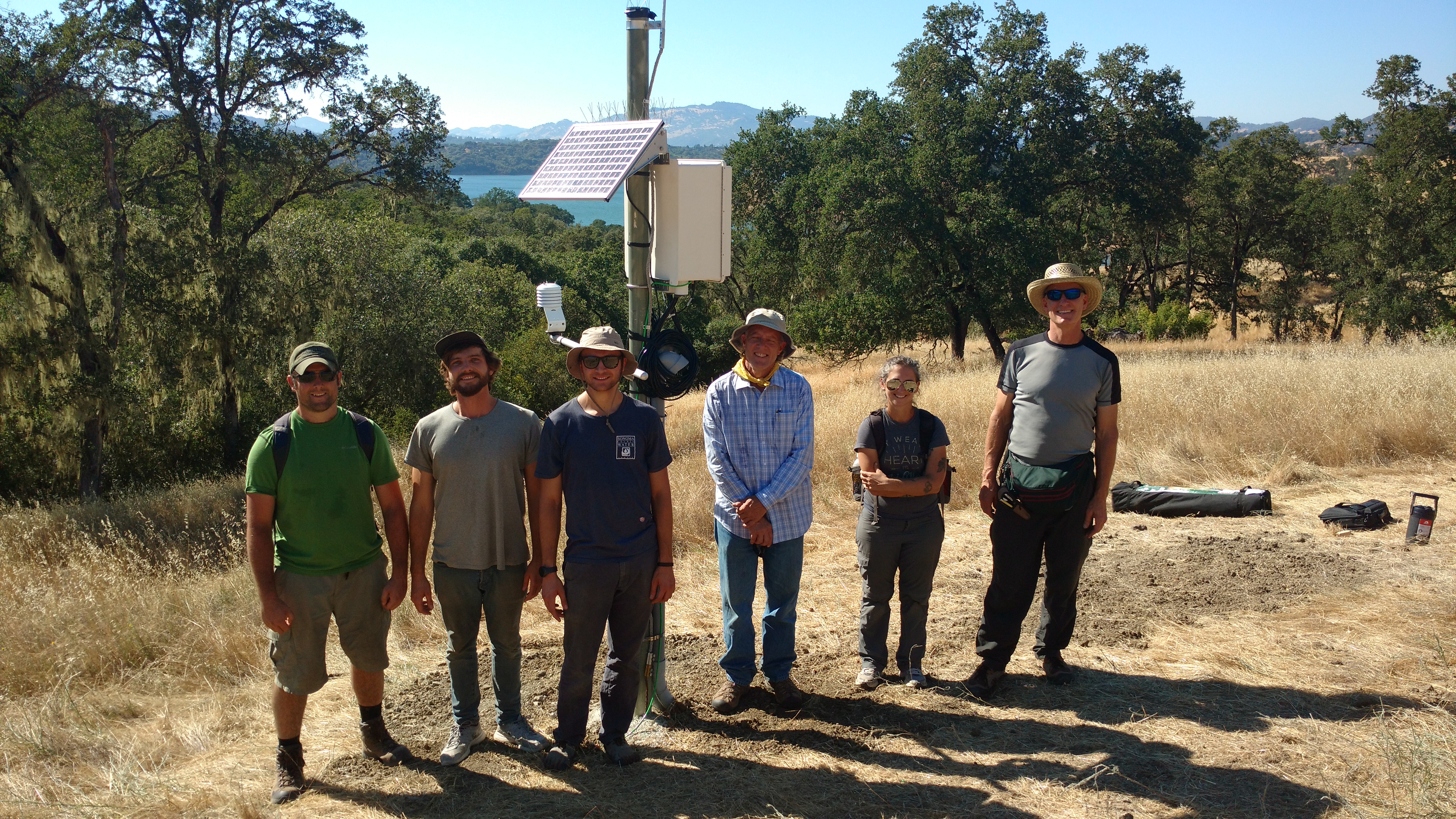