During the winter seasons of 2016, 2018, and 2019, 15 Intensive Observation Periods (IOPs) sampled the upstream conditions for landfalling ARs to better understand and reduce forecast errors of the US West at 1-5–day lead times. In order to evaluate the impact on forecast accuracy of assimilating these dropsonde data, data denial experiments with (WithDROP) and without (NoDROP) dropsonde data were conducted using the Weather Research and Forecasting model with the Gridpoint Statistical Interpolation four‐dimensional ensemble variational system. The high-resolution predictions from these experiments are compared to the ERA-5 reanalysis data across the western United States and Eastern Pacific domain as well as the Stage-IV precipitation over the western United States between 110°W-125°W.

Comparisons between the 15 paired NoDROP and WithDROP experiments demonstrate that AR Recon dropsondes have reduced the root-mean-square error in integrated vapor transport (IVT) (Figure 1) and inland precipitation (Figure 2) for more than 70% of the IOPs, averaged over all forecast lead times from 1 to 6 days. Dropsondes have improved the spatial pattern of forecasts of IVT and precipitation in all 15 IOPs (Figures 1-2). Significant improvements in skill are found beyond the short-range (1-2 days). IOP sequences (i.e., back-to-back IOPs every other day) show the most improvement of inland precipitation forecast skill (Figure 2). The Fractions Skill Score (FSS), a neighborhood method, was also employed to objectively assess the spatial skill at different scales of precipitation forecasts for comparing the NoDROP and WithDROP experiments. The FSS results highlight that AR Recon dropsondes are more important when the precipitation forecast has poorer skills, specifically with a higher precipitation threshold (see Figure 12 in Zheng et al. 2021 for more details).

This study has demonstrated the importance of AR Recon dropsondes in improving model initial conditions and the predictions of both the AR and the associated precipitation with an advanced data assimilation method. While there is still work to be done to optimize the assimilation process, this work shows that these high-accuracy and high-vertical-resolution observations bring unique direct information about meteorological variables to the numerical weather models, particularly over cloudy and precipitating areas. This work also supports ongoing Atmospheric River Reconnaissance operations. 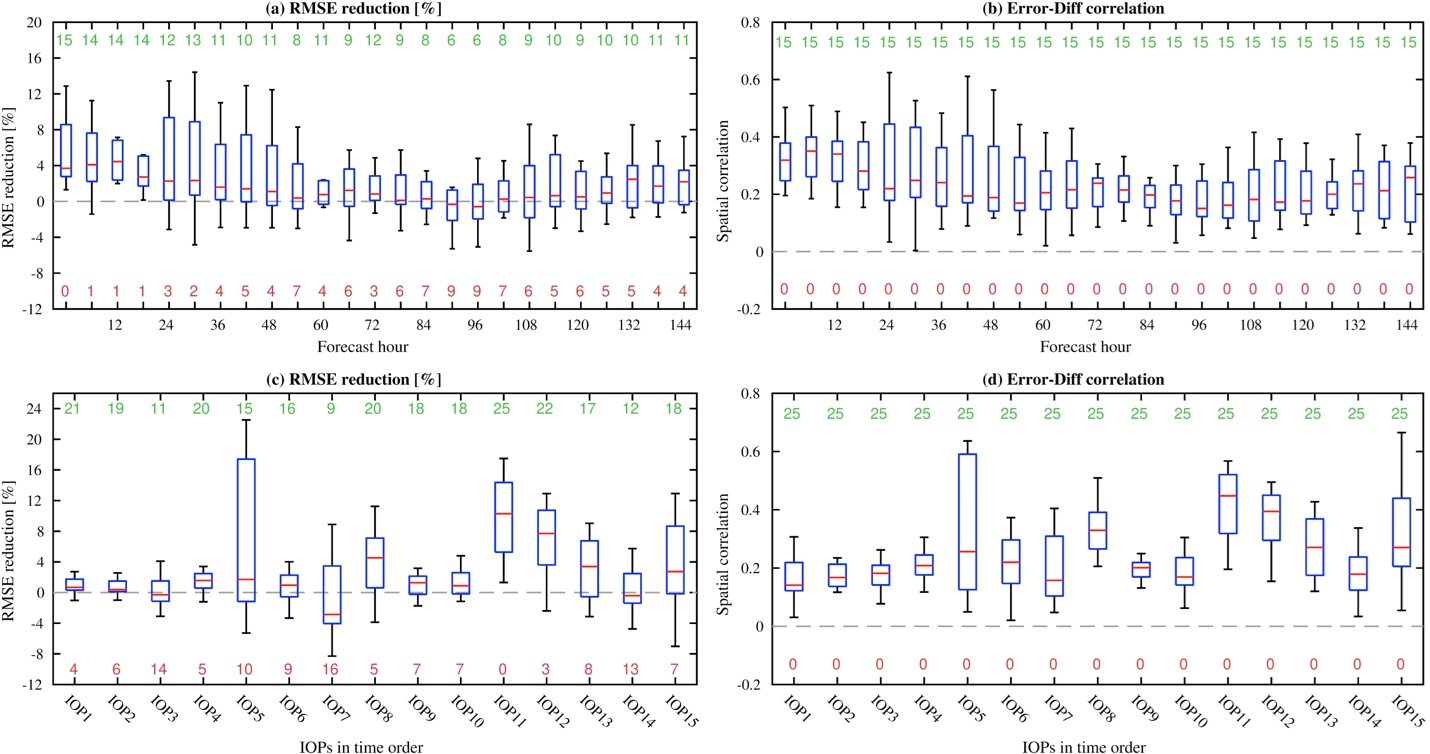 Figure 1: (Figure 9 in Zheng et al. 2021) Boxplot of RMSE (a, c) and error-difference correlation (b, d) for IVT w.r.t. the ERA5 data over the common verification area (105°W-165°W, 15°N-60°N) based on the forecast hour (a, b) and the individual IOPs (c, d). The box plot graphically depicts the range of values for the 15 IOPs in (a-b) and the 25 lead times in (c-d) as follows: the top and bottom edges of the box indicate the top and bottom quartiles, the centerline in the box denotes the median and the whiskers at the top and bottom extend to the most extreme data points, which are no more than 1.5 times the interquartile range from the box. The green and red numbers on each panel represent improved IOPs or lead times and degraded IOPs or lead times, respectively. 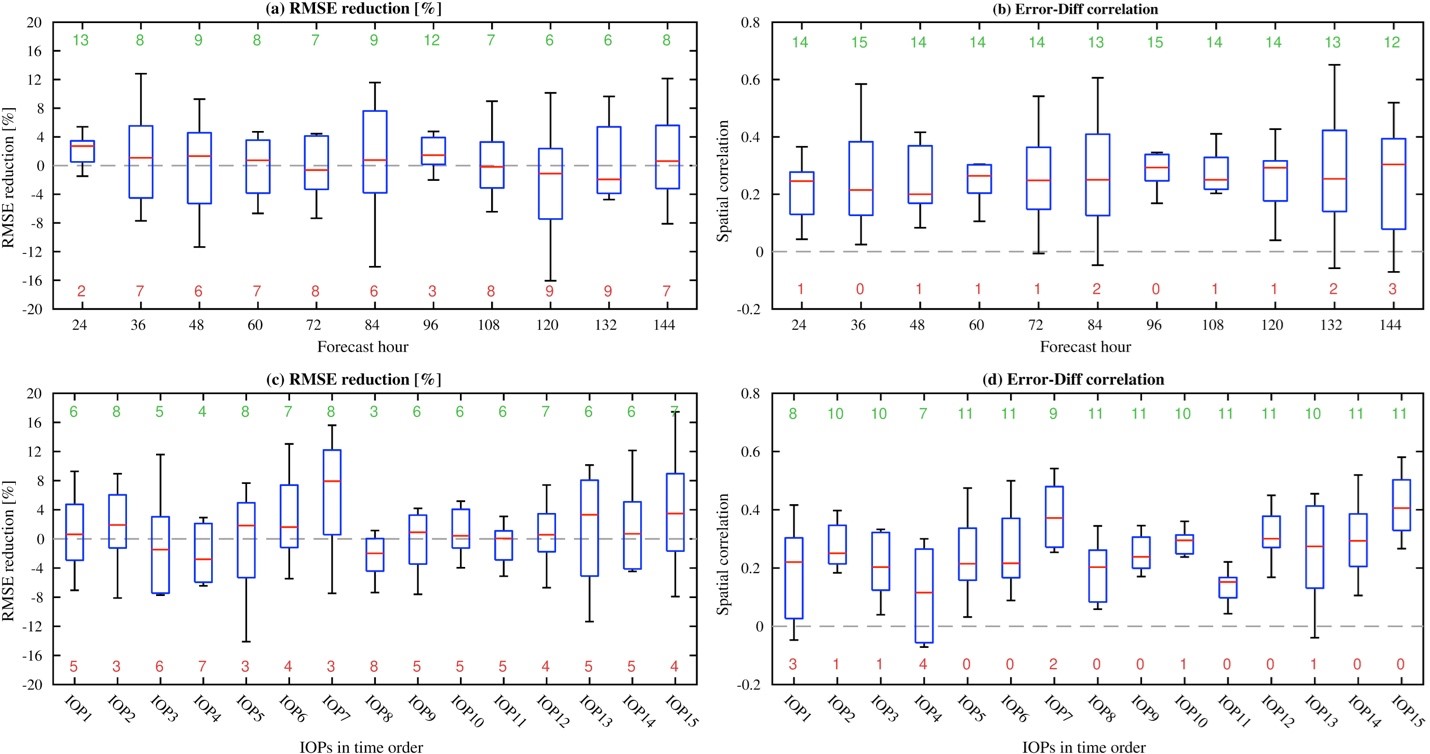 Figure 2: (Figure 11 in Zheng et al. 2021) RMSE and error-difference correlation for common area (110°W-125°W, 30°N-50°N) verification for precipitation based on the forecast hour (a, b) or IOPs (c, d). The green and red numbers on each panel represent improved IOPs or lead times and degraded IOPs or lead times, respectively.