CW3E field researcher Ava Cooper, along with her Master’s advisor and CW3E collaborator, Adrian Harpold and their University of Nevada, Reno (Ben Sullivan and Scott Tyler), National Center for Atmospheric Research (Danica Lombadozzi), and ETH Zürich (James Krichner and Sebastian Wolf) collaborators published a paper in Agricultural and Forest Meteorology titled “Snowmelt causes different limitations on transpiration in a Sierra Nevada conifer forest”. This article summarizes Ava’s work for her hydrology Master’s at the University of Nevada, Reno where she studied sap flow in trees (a proxy for transpiration) in relation to snow. While this work was not done at CW3E, the results can inform the monitoring and projections of climate variability and change priority of the CW3E strategic plan as a baseline for impacts of snow on ecohydrology to compare to future changes in snow.

Snowmelt is a major source for summer soil water storage that supports tree growth in the Mediterranean climate of the Sierra Nevada, California. The timing and magnitude of snow-water contributions to soil moisture are controlled by energy and water availability that varies based on climate (and thus weather) and topography (i.e. elevation, slope, and aspect). Few studies, thus far, have explored how transpiration rate is affected by differences in the timing and magnitude of snowmelt across years and locations. Here we used meteorological and hydrological measurements on north and south aspects in the Sagehen Creek catchment (Sierra Nevada, California) to investigate the controls on the timing of conifer sap flow, a proxy for transpiration rate, in response to the timing and magnitude of snowmelt.

We found that sap flow prior to its seasonal peak in July was largely controlled by air temperature and that spring sap flow was reduced by cloudy conditions. Years with earlier snow disappearance caused earlier peak sap flow, which was nearly coincident with the beginning of soil moisture limitations, than years with later snow disappearance. Because Sagehen Creek receives little summer rainfall, years with earlier snowmelt and peak sap flow had more total days with soil moisture limitation on sap flow. Overall, our results suggest that earlier snow disappearance and more spring rain (both expected to result from climate change) will potentially shift the peak of sap flow earlier in the growing season and increase the duration of water limitations during summer. These insights about the timing and duration of water limitations could be used as benchmarks to test physically based models and better constrain predictions of transpiration rates in snow-dominated landscapes similar to the study site. 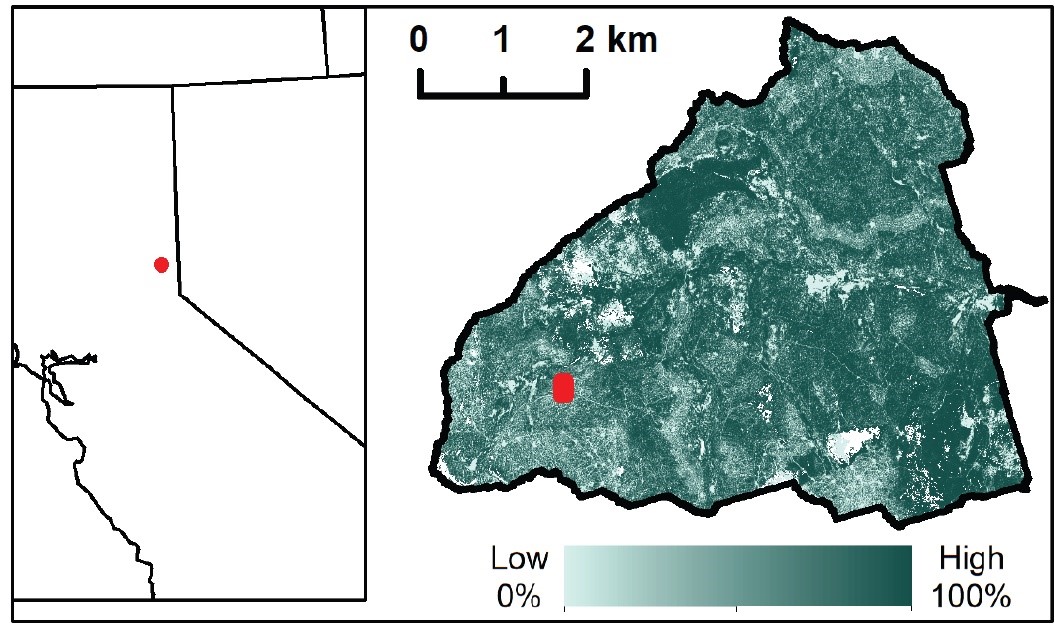 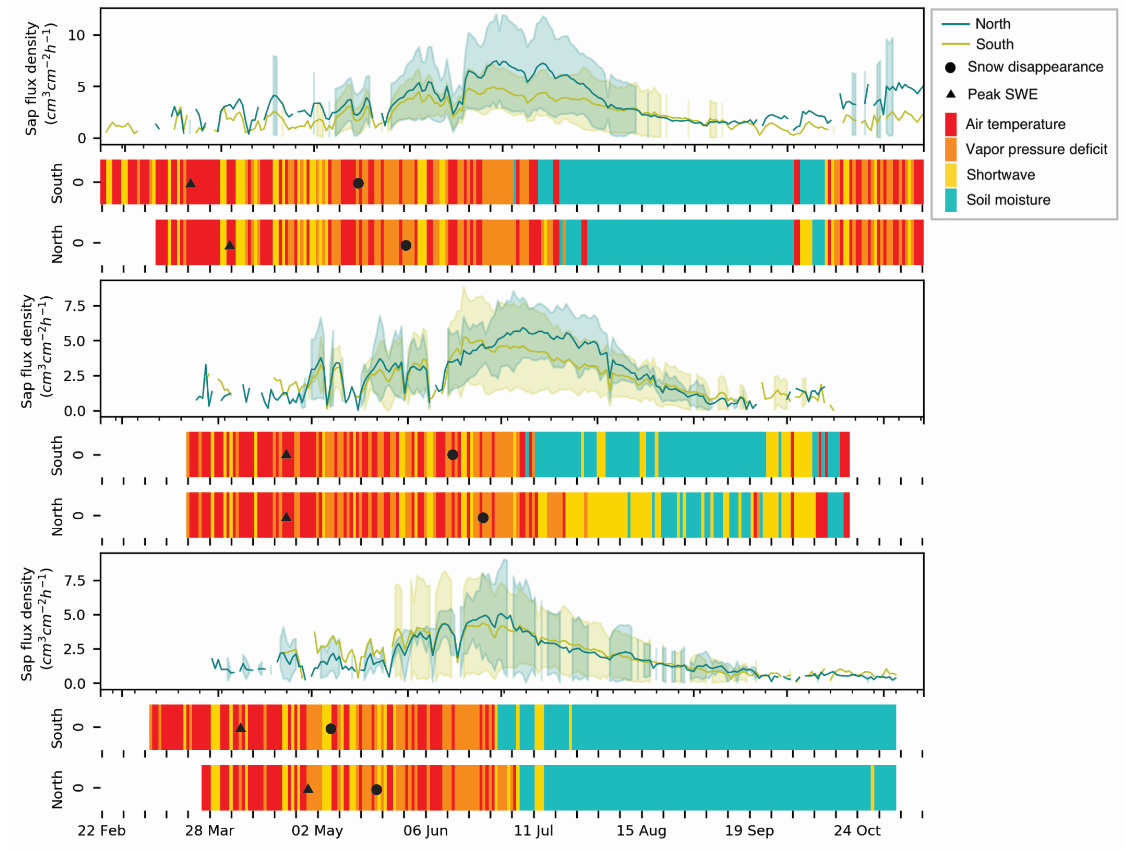