Here is how we usually tend to see the water-year precip-drought to-date or last month’s contributions represented: 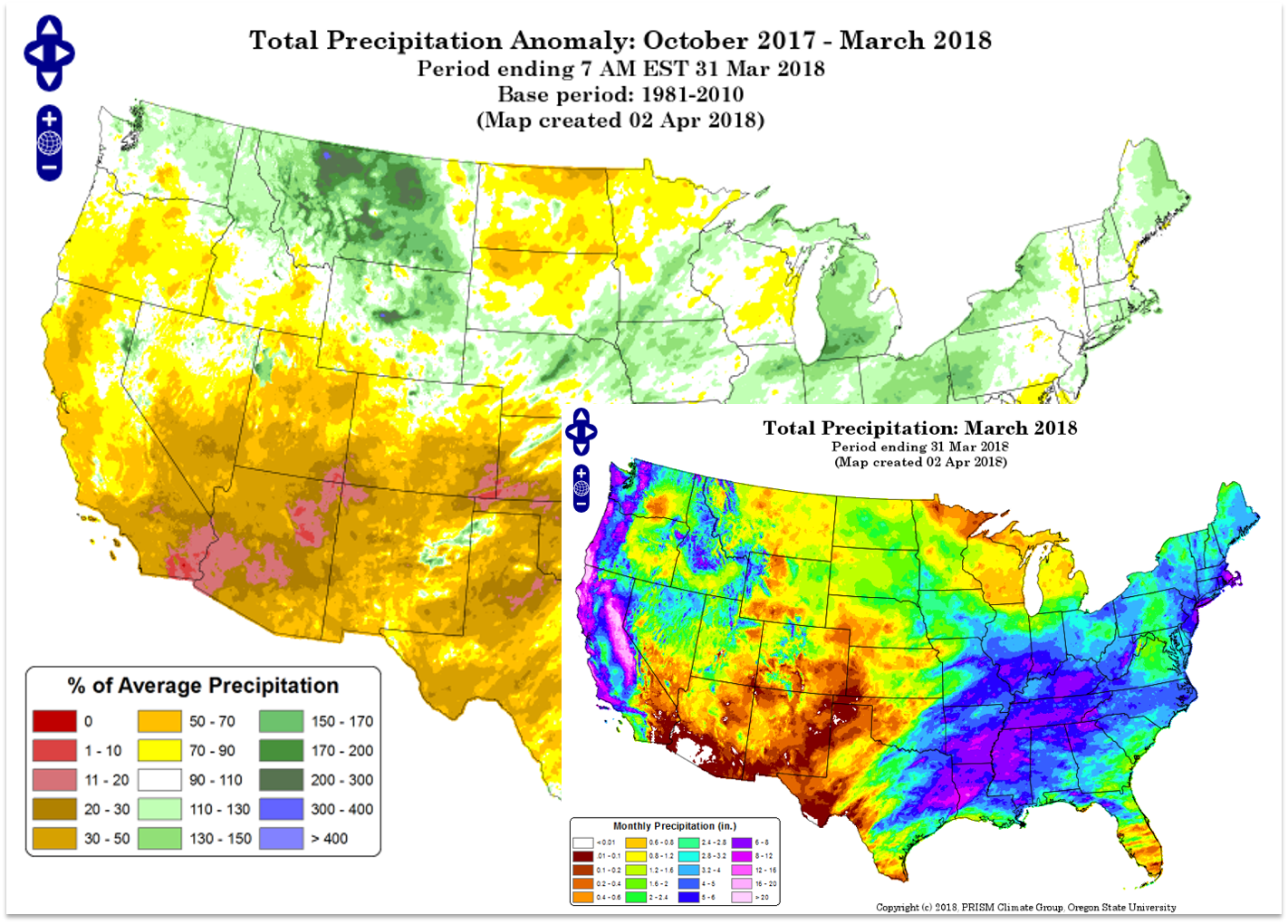 A somewhat different viewpoint on the development of precipitation drought considers that development to be a matter of both how much precipitation has fallen (or not) already AND how much more is realistically likely to fall in coming months. E.g., March 2018 simultaneously produced helpful additions to this year’s precipitation totals in California AND was disappointingly far from completely undoing the deficits of the preceding months in most of the State. The following are maps of this year’s drought development that explicitly take both of these aspects into account.

Here is how the drought has evolved so far this water year in terms of the odds of reaching 100% of normal precipitation by end of water-year 2018. 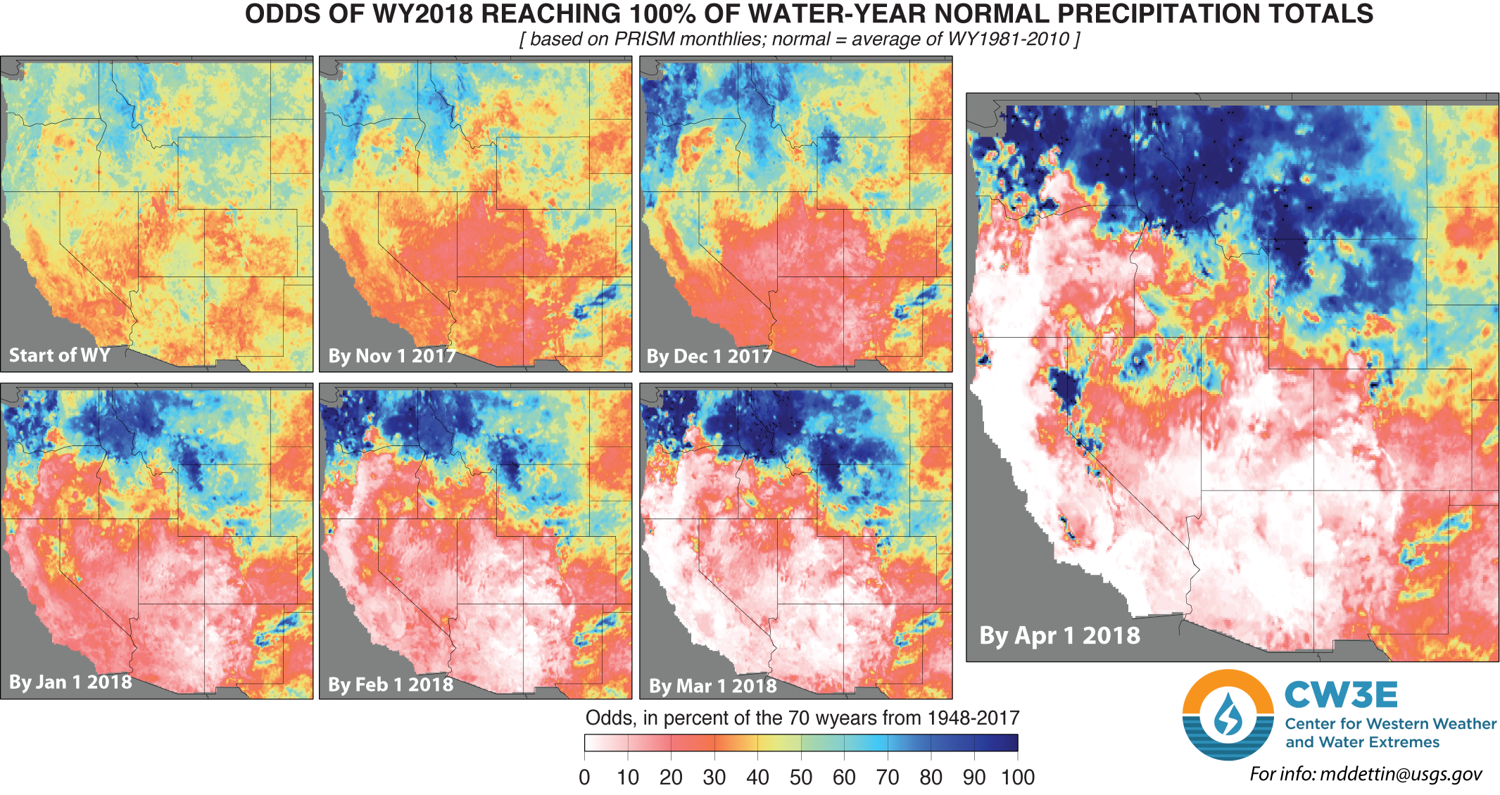 The top row in figure 3 shows the current odds of reaching various fractions (including but not limited to 100%) of water-year-total this year.
Also shown are the corresponding odds prior to March (middle row), and the amount that March precip changed the odds (bottom). This approach offers a far different view than the precipitation anomalies of figure 1, emphasizing different “hot spots” of hope & despair. 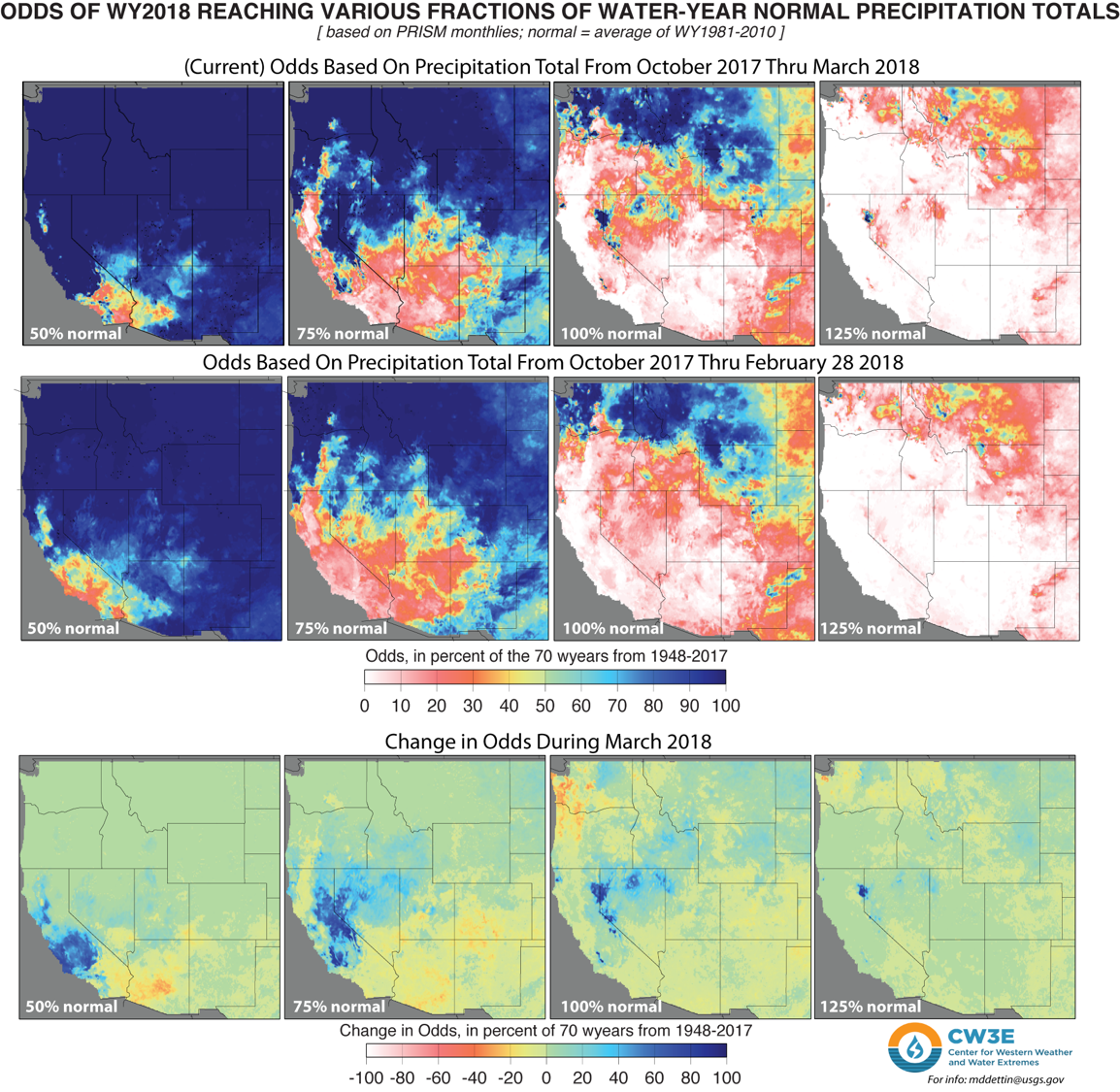 Figure 3: Odds of water-year 2018 reaching various fractions of water year normal precipitation totals and the change in these odds during March 2018.

Finally, figure 4 is the “flipped” version of the analysis, asking-at each pixel-how large a water-year total precipitation has a 50% (and other exceedances) chance of being equaled or exceeded this year, as of April 1, 2018.

Figure 4: Chance of water-year total precipitation being equaled or exceeded this year.

To arrive at the probabilities shown, the precipitation totals for the remaining months of the water year were tabulated in the long-term historical record (WY1948-2017 in these figures) and the number of years in which that precipitation total equaled or exceeded the amount still needed to reach normal were counted. The fraction of years that at least reached that threshold is the probability estimate. The calculation was also made for the probabilities of reaching 75% of normal by end of water year, 125%, etc., for these figures.

[One key simplifying assumption goes into estimating the probabilities this way: The assumption that the amount of precipitation that will fall in the remainder of a water year does not depend on the amount that has already fallen in that water year to date. This assumption was tested (across all climate divisions in California, so far) for each month of the year by correlating historical year-to-date amounts with the remainder-of-the-year amounts, and the resulting correlations were never statistically significantly different from zero.]