CW3E Field Researcher, Carly Ellis, and her AGU Thriving Earth Exchange team recently grappled with how to wrap up a monitor trash in Chollas Creek in a fun and safe way. The project has leveraged a California State Water Resources Control Board Surface Water Ambient Monitoring Program (SWAMP) Rapid Trash Assessment and modified it to be accessible to elementary school students. They have also incorporated the use of photography, so that assessments can be carried out in areas that might not be accessible or safe for students. The class has met with their team of mentors on a monthly basis to build the project from the ground up, even coming up with a catchy project name: Trash-tography.

The original goal of this project was to engage students in community science and inspire them to become environmental stewards of their own community while teaching them about the scientific process. The project was going to culminate with the students presenting their results and photographs to friends, parents, teachers, and local officials in hopes of inciting clean-up events and changes in legislation. However, due to general health concerns about public gatherings, the project’s public facing component needed to be adjusted.

Throughout the duration of the project, and especially during meetings and field trips where students played a pivotal role, the methodology of the Chollas Creek trash monitoring program underwent numerous iterations. Changes ranged from as minor as how to break up the stream sections among survey groups to as major as switching from paper surveys to Google Forms accessible on iPads. Along the way, the students were experts at troubleshooting on the iPads and coming up with solutions for how best to simultaneously view stream photographs and answer survey questions. They were thrilled when they realized they could use data they collected with the math functions they had just learned in another class and were equally excited when it came to visualizing their data as colorful pie charts and bar graphs. The students even began holding each other accountable in the field, making sure no classmates were losing pencils or leaving anything behind that may be bad for their watershed.

The team of young scientists from Carver Elementary guided their adult mentors to a final trash assessment program that is robust and reproducible. This methodology became the focus of the project’s final product. With the help of Public Lab, a collaborative non-profit organization, the Chollas Creek team was able to post their methods on an easily-accessible, open source platform geared toward a global, do-it-yourself, environmental science community. It is the team’s hope that other teachers, mentors, and organizations are able to teach using this applied science approach while also collecting meaningful data and bettering their communities. 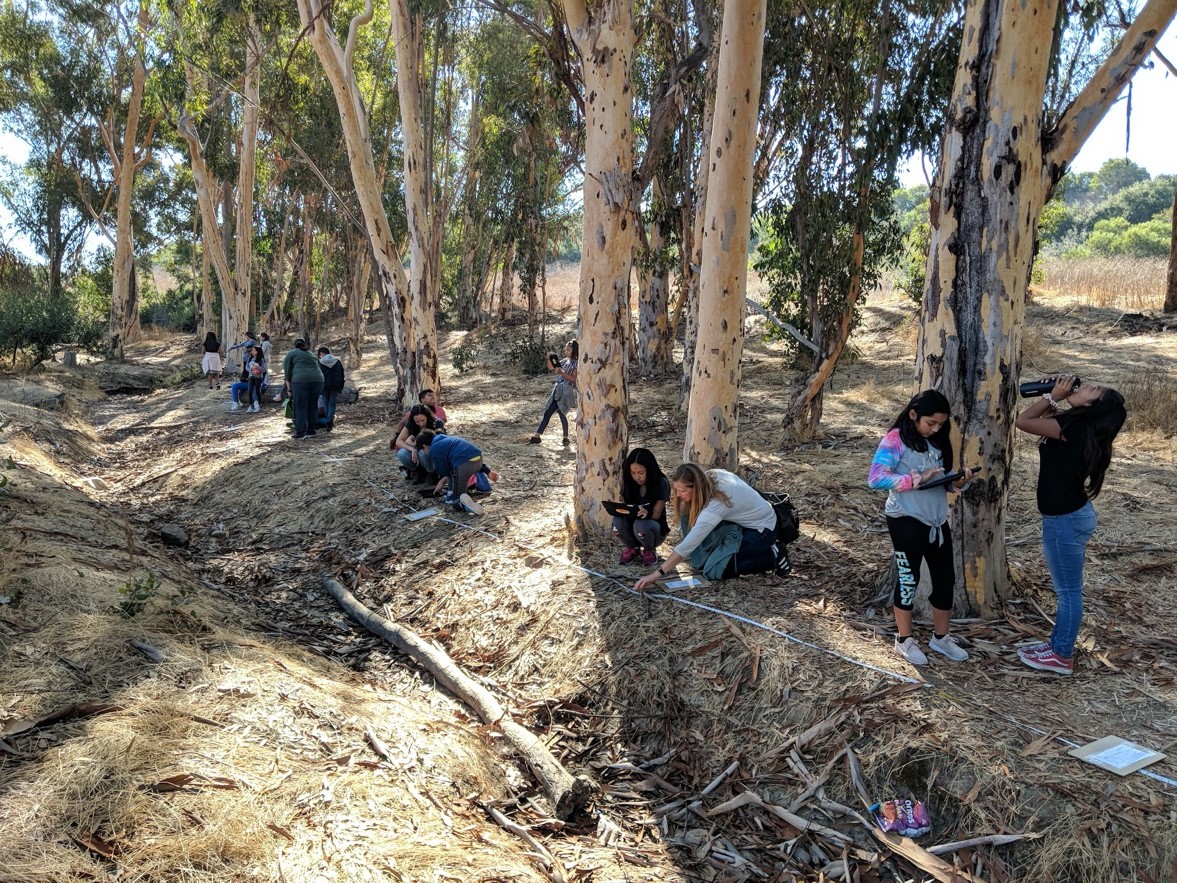 Students survey trash along a dry section of Chollas Creek located behind their school.

An example of survey results from one question on the SWAMP Rapid Trash Assessment.