This study investigates the forecast skill of seasonal-mean near-surface (2m) air temperature in the North American Multimodel Ensemble (NMME) Phase 2 hindcasts. The forecast skill of temperature in NMME models is evaluated for four seasons (MAM, JJA, SON, and DJF) globally, and compared to the persistence forecast skill. Results indicate that the forecast skill of seasonal-mean temperature over some west coast regions is markedly lower than the skill over either the nearby ocean or the inland continent, especially during the warm season. To explore the physical processes responsible for that low skill, the authors focus on the California coastal region. The poor forecast skill along the California coastal region reflects deficiencies in their representation of multiple relevant physical processes. Analyses find that summer forecast errors are spatially coherent over the coastal region and the inland region individually, but the correlation of forecast errors between the two regions is low (Figure 1). Variation in forecast performance over the coastal California region is associated with anomalous geopotential height over lower middle latitudes and subtropics of the eastern Pacific, North America, and western Atlantic. In contrast, variation in forecast performance over the inland California region is associated with atmospheric circulation over the western United States. Further, it is found that forecast errors along the California coast are linked to anomalies of low cloudiness (stratus clouds) along the coastal region. NMME forecasts tend to be warmer than observed when coastal low cloudiness is anomalously high over the California coast (Figure 2). Locally, the error associated with coastal cloudiness is as important in affecting warm season forecast skill as other more widely-recognized factors, such as the sea surface temperature, ENSO, and the Madden-Julian Oscillation. 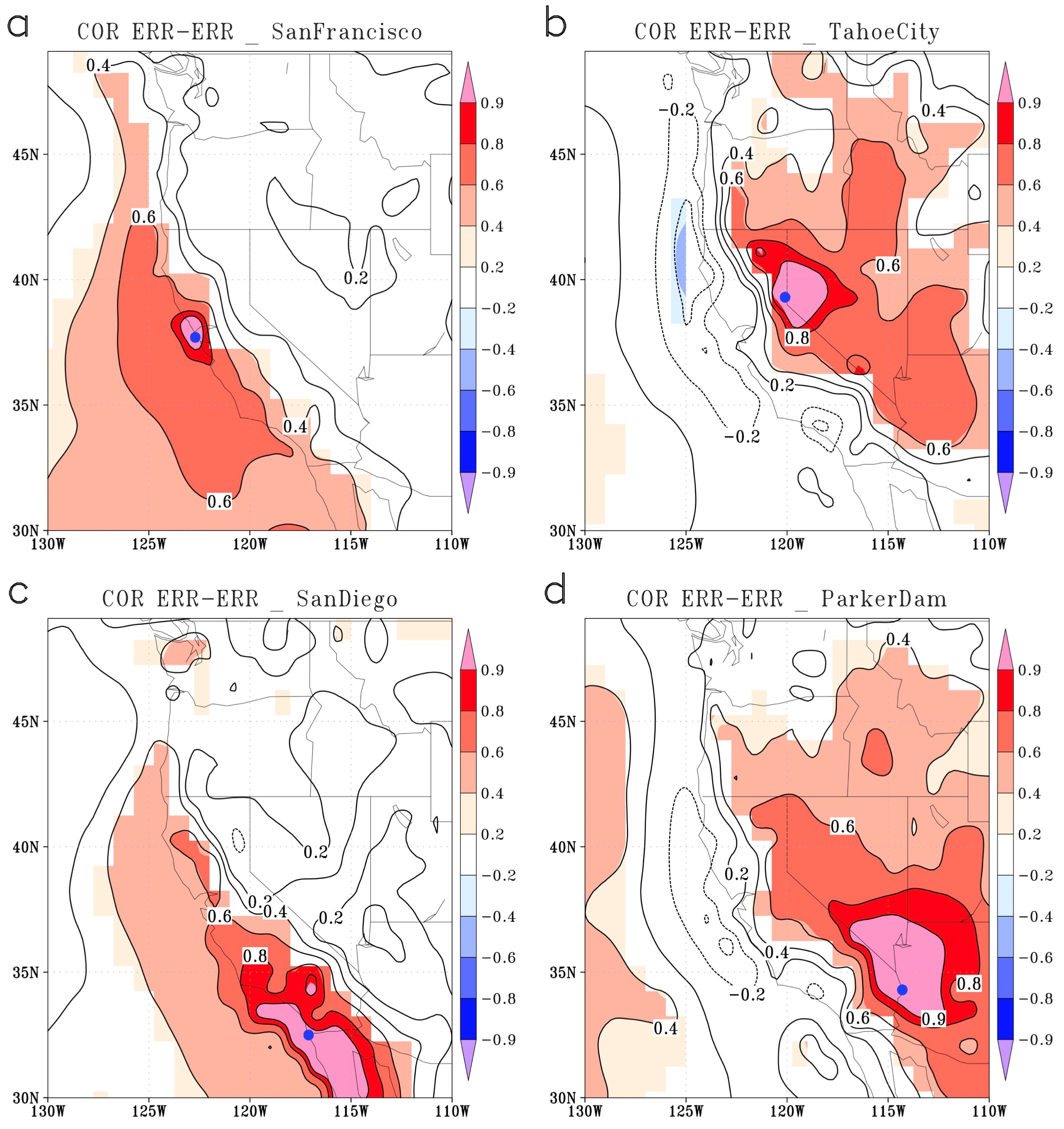 Figure 1: Correlation (contours) of NMME forecast error time series at a specific location and that at all grid points on the map at lead time 1 month for summer seasons (MJJ, JJA and JAS). Locations (blue dots) are (a) San Francisco, (b) Tahoe City, (c) San Diego, and (d) Parker Dam. Colors indicate locations whose correlation is significant at 95% confidence level or higher. 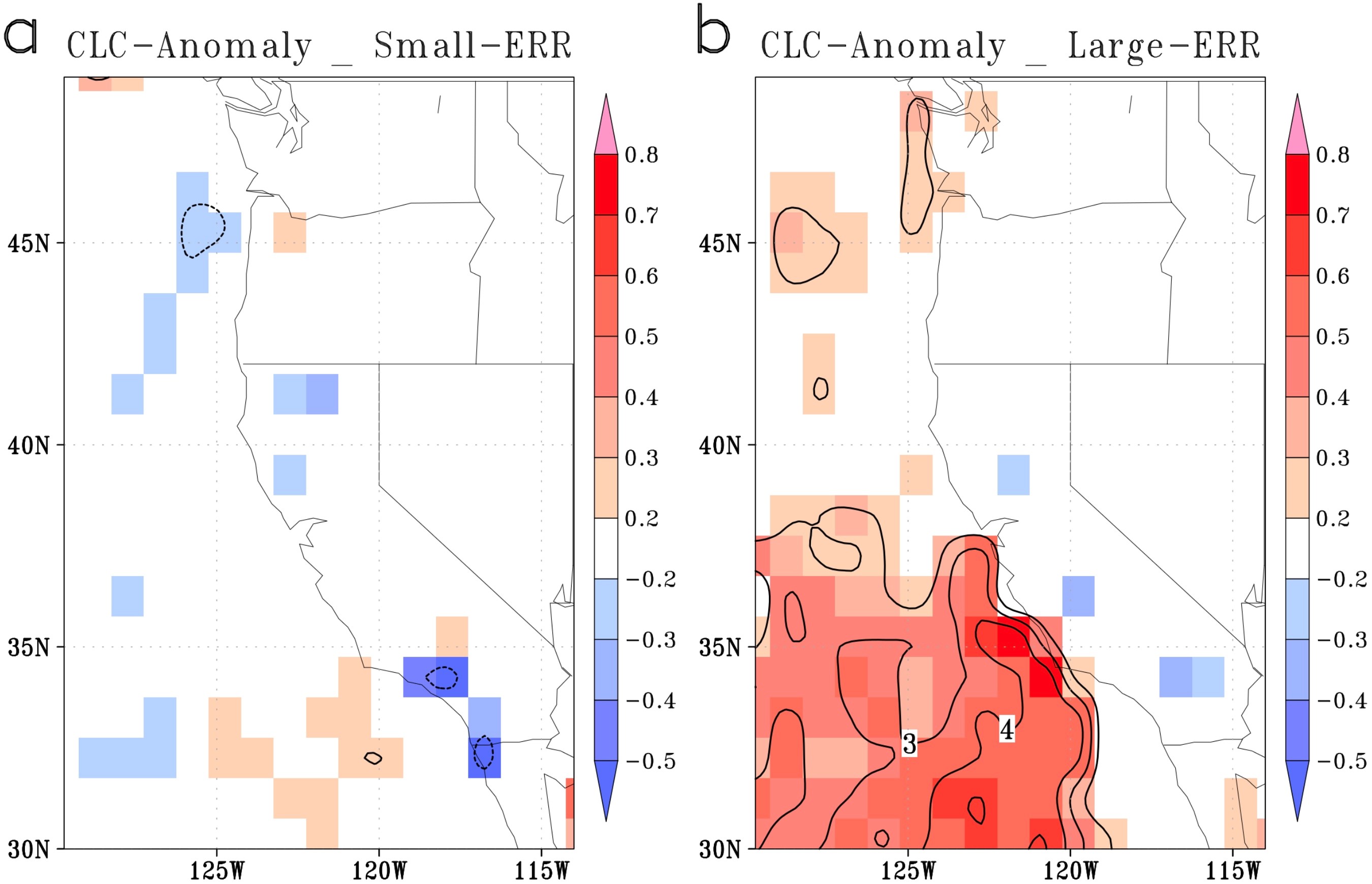 Figure 2: Composite coastal low cloudiness anomaly of the ten summer seasons having (a) the smallest forecast error and (b) the largest positive forecast error at lead time 1 month, at San Francisco. Units are standard deviations indicated by colors, and contours in %.