Atmospheric rivers (AR) can cause flooding when they are strong and stall over an already wet watershed. While earlier studies emphasized the role of individual, long-duration ARs in triggering floods, it is not uncommon for floods to be associated with a series of ARs that strike in close succession. This study uses measurements from an atmospheric river observatory at Bodega Bay (BBY), in Northern California, to identify periods when multiple AR events occurred in rapid succession. Here, an AR “event” is the period when AR conditions are present continuously at BBY. An objective method is developed to identify such periods, and the concept of “AR families” is introduced.

Compared to single AR events, the synoptic environment of AR families is characterized by lower geopotential heights throughout the mid-latitude North Pacific, an enhanced subtropical high, and a stronger zonal North Pacific jet. Analysis of water year 2017 demonstrated a persistent geopotential height dipole throughout the North Pacific and a positive anomaly of integrated water vapor extending toward California. AR families were favored when synoptic features were semi-stationary.

Figure 2 highlights WY 2017 and the Rossby wave train like conditions that were present during that WY leading to the largest number of AR families detected during this catalog. 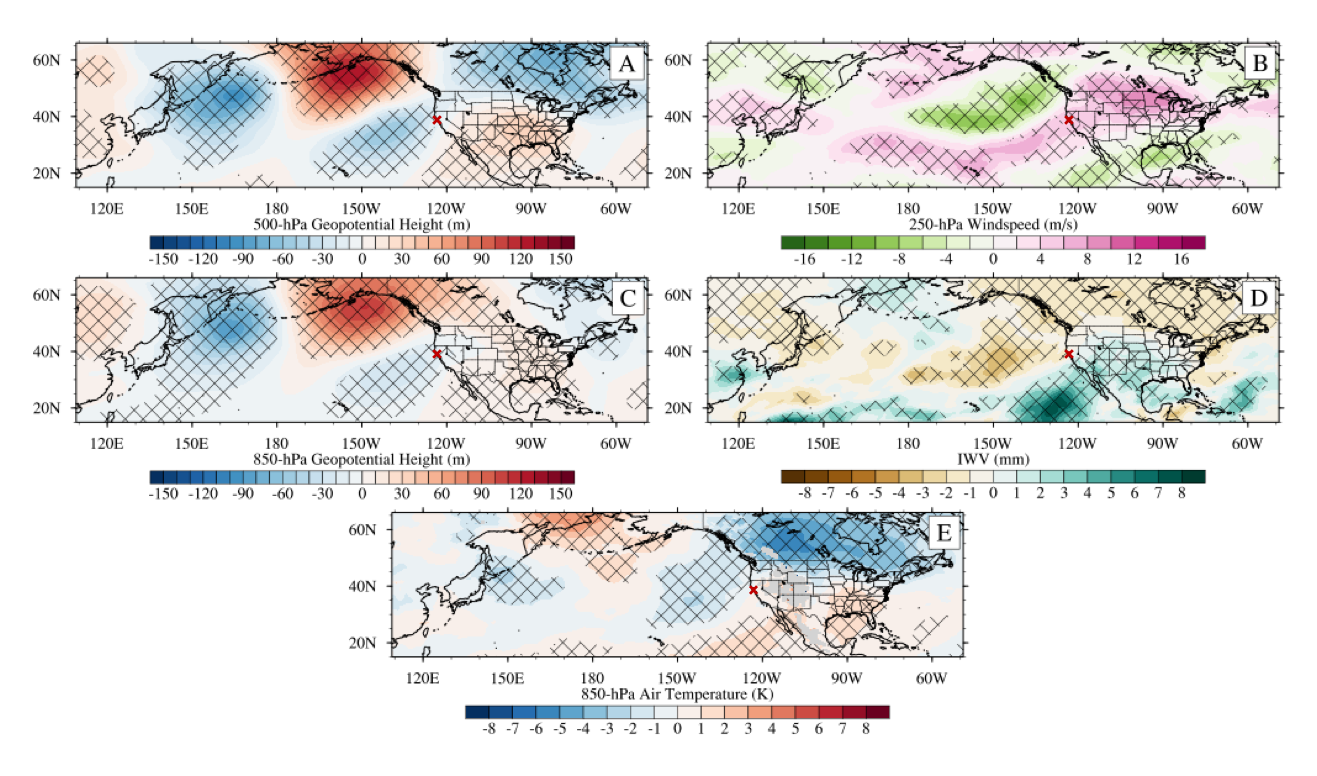 Figure 3 shows an example of a notable AR family, making landfall in early February 2017. The culmination of these events coincided with the Oroville Dam incident in Northern California. 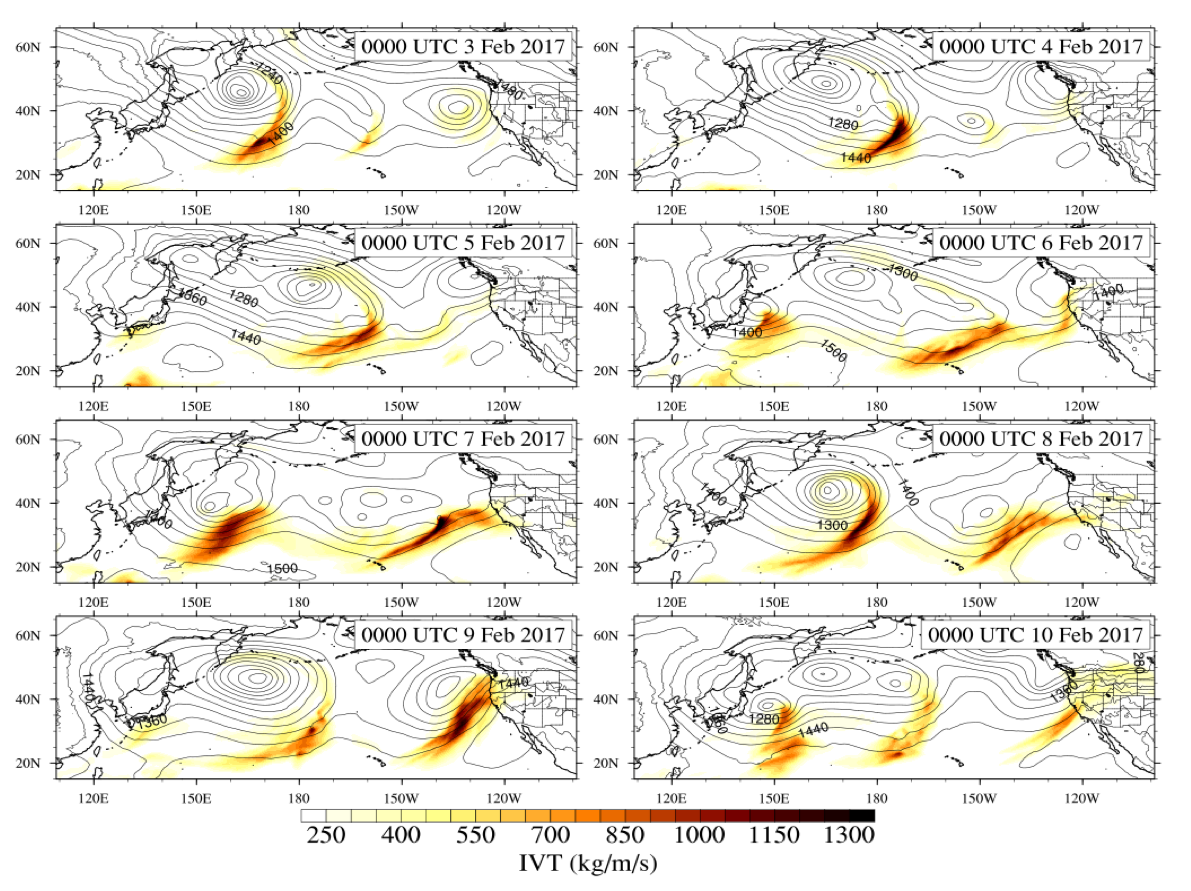