The key result of the study found that south-southwesterly oriented atmospheric rivers (ARs) produce significantly more Russian River watershed areal-average precipitation compared to westerly ARs (median areal-precipitation of 13 mm vs. .5 mm). This difference in precipitation accumulations is attributed to both the orientation of water vapor flux relative to the watershed topography and large-scale forcing that results in ascent. 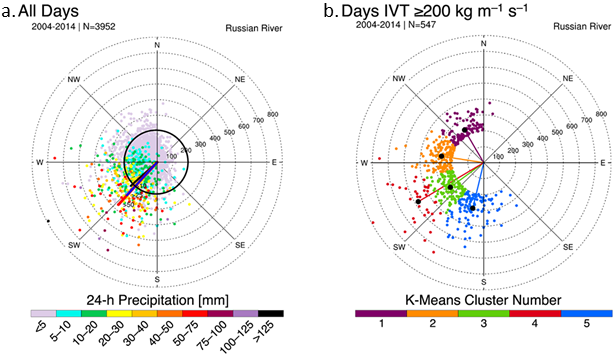 Figure 1. (a) Domain averaged daily IVT direction (angular coordinate) and magnitude (kg m/s ; radial coordinate) for all days from 1 January 2004 to 31 December 2014 that data were available. Markers are color-coded based on 24-h accumulated precipitation (mm). The colored lines illustrate the average IVT for days with precipitation >10 (black), >25 (blue) and >50 mm (red). The 200 kg/m/s threshold that was applied in this study is shown by the black circle. (b) As in (a) except for days with daily average IVT ≥200 kg/m/s and color-coded based on K-means cluster. 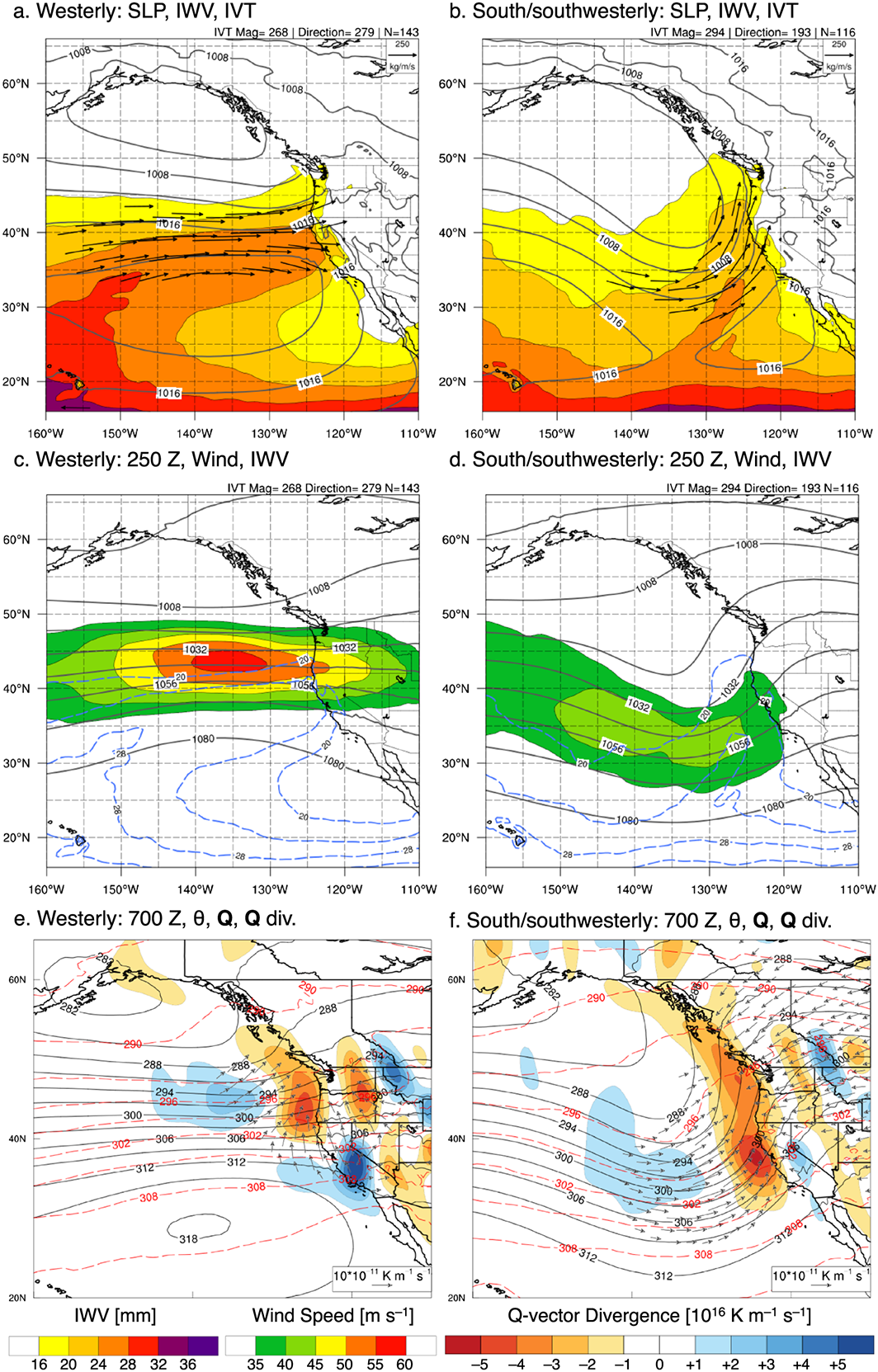 Results from this study suggest that extreme precipitation produced by ARs is the result of both upslope moisture flux and quasi-geostrophic forcing for ascent. 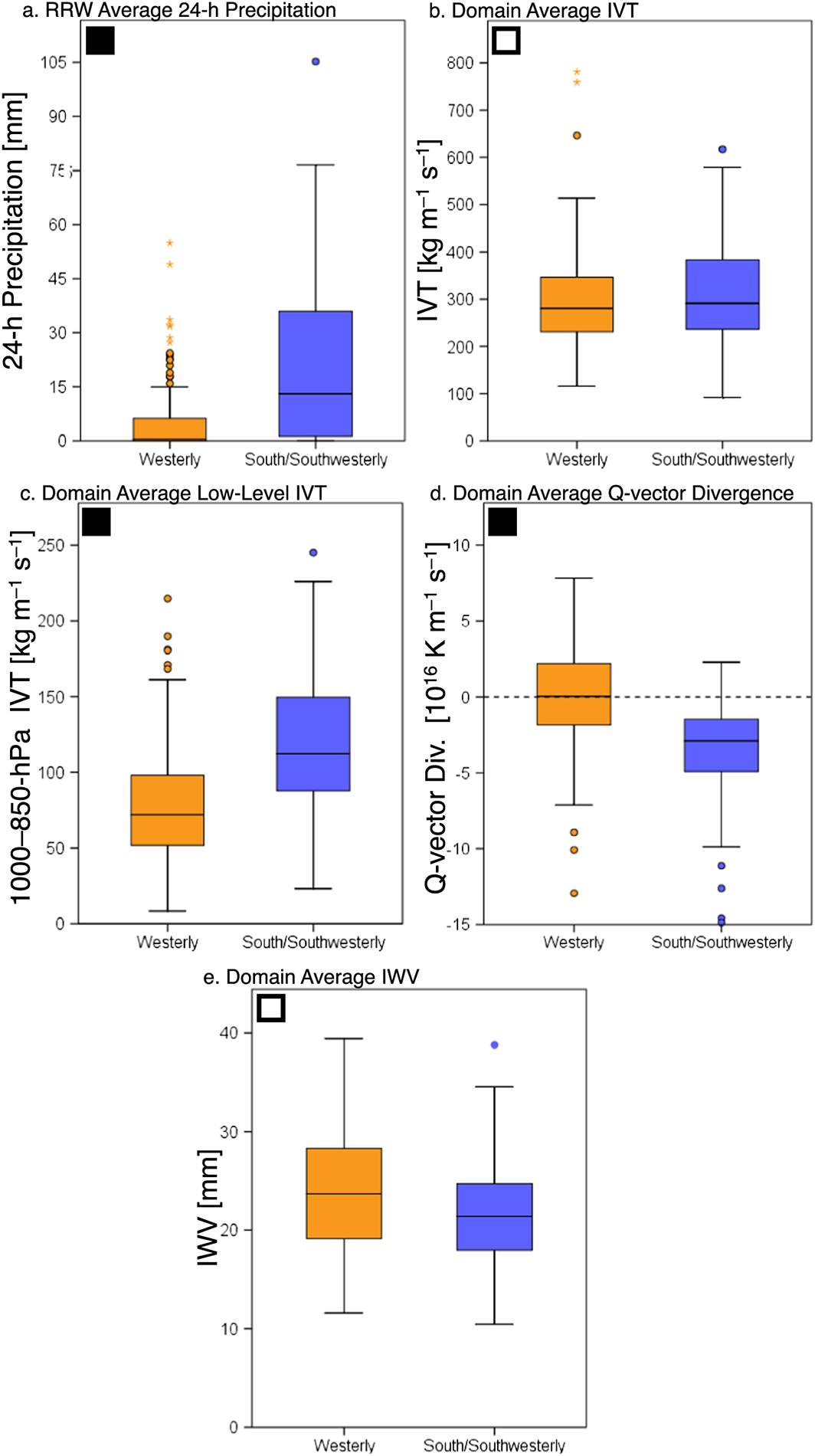 Support for this project was provided by the State of California-Department of Water Resources and the U.S. Army Corps of Engineers, both as part of broader projects led by CW3E. A majority of this work was conducted while Chad was a graduate student at Plymouth State University. Dr. Cordeira and his graduate students at Plymouth State University actively collaborate with CW3E on topics related to atmospheric rivers, such as analyzing, understanding, and forecasting their impacts along the U.S. West Coast.