Historical and Future Relationship Between Large Storms and Droughts in California

CW3E collaborator, Michael Dettinger (USGS), published a paper titled “Historical and Future Relationship Between Large Storms and Droughts in California” in the journal of San Francisco Estuary and Watershed Science. The paper demonstrates that the largest storms, defined here as the 95th percentile storms, drive the year-to-year variability of precipitation in California (Figure 4). Further analysis shows that atmospheric river (AR) counts explain 75% of the historical variation. Using a frequency analysis Dettinger shows that episodes of longer than annual droughts are also a function of the absence of the largest storms. 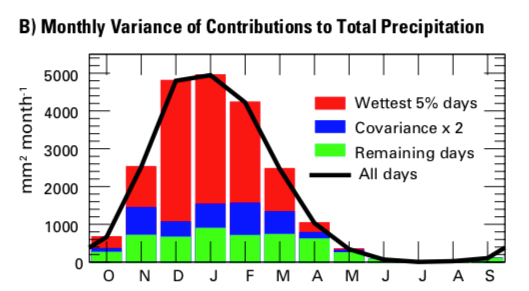 Figure 4B. Seasonality of monthly variances of Central Valley Catchment’s total precipitation and contributions from the wettest 5% of wet days and remaining days, water years 1916-2010.

Dettinger then extends the analysis to examine how the importance of large storms will change in the future using 10 climate models that the CA Department of Water Resources had identified as being the most representative of California climate. The analysis shows that the non-extreme precipitation days decrease in all models and an increase in the most extreme storms, the 95th percentile storms, in most models. Under RCP 8.5, a non-mitigated, business as usual greenhouse gas emission scenario, 88% of the change in variance is a result of a change in variance in the wettest days (Figure 12A). This indicates that the largest storms contribute to the increase in year-to-year variability of precipitation. The paper concludes that fluctuations of these largest storms historically, and likely to a greater extent in the future, cause droughts and will continue to act as drought busters. 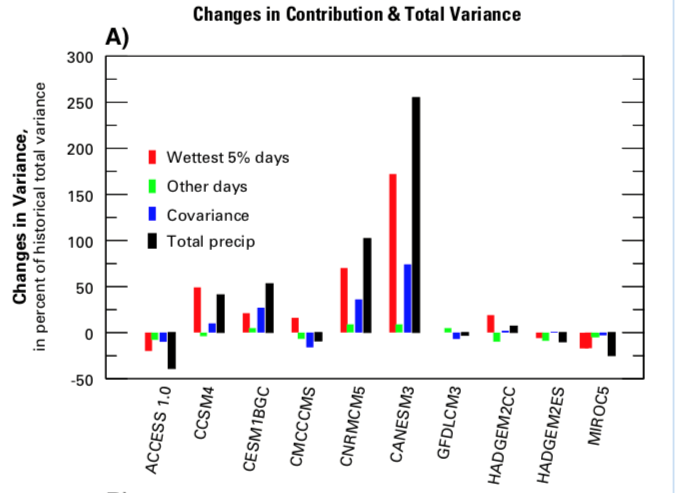 Figure 12A. Projected RCP8.5 changes in variance of water-year contributions of precipitation from the wettest 5% of wet days, remaining wet days, covariance of the two and total precipitation (all days) from 1951-2000 to 2046-2095, in climate-change projections by ten climate models

The research was in support of the NOAA Sectorial Application Program project, “Coping with Drought in the Russian River Watershed”, and a cooperative agreement with Sonoma County Water Agency.