Debris flows can pose serious threats to life and infrastructure downstream of steep, recently burned terrain. Previous studies have shown that, in the first year following a fire, debris flows are often triggered during rainstorms where the peak rainfall intensity exceeds some critical value. However, the effects of fire on soil and vegetation diminish over time as burned landscapes recover and it is not clear how this affects the critical rainfall intensity needed to initiate potentially damaging debris flows. 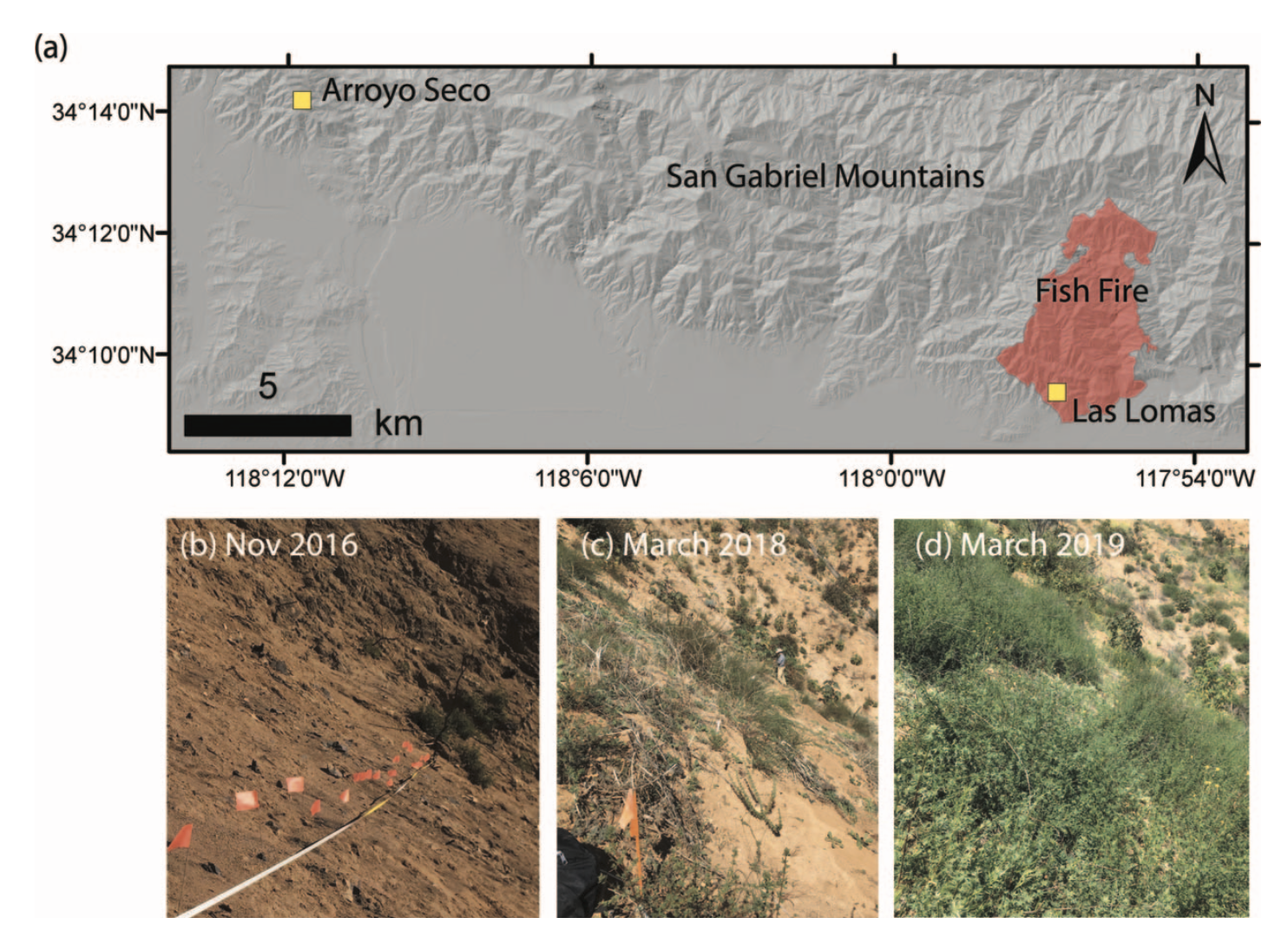 Figure 1: Location of study area (a) and images of the study area as it recovered over the years
following the fire (b-d).

In this study, we used field measurements to quantify changes in soil and vegetation properties in a burned area in the San Gabriel Mountains, CA, over a 3-year time period as it recovered from a fire (Figure 1). Using a numerical model for debris-flow initiation that was constrained by these field measurements, we were able to estimate that an average rainfall intensity of 15-30 mm/h over a 15-minute time period would be sufficient to produce a debris flow in the first year following fire. However, an average rainfall intensity of greater than 60 mm/h over a 15-minute time period would be needed to generate a debris flow after three years of recovery.

Model results also indicated that, given two different rainstorms with the same 15-minute average rainfall intensity, the recently burned landscape is more likely to produce debris flows in cases where there are short, intense bursts of rainfall (e.g., 1- to 5-minute bursts) relative to cases where rainfall intensity is relatively constant. This highlights the need to explore whether or not particular types of storms may be more or less likely to produce debris flows relative to others given their tendency to deliver extreme precipitation in characteristic ways. In southern California, narrow cold frontal rainbands (NCFRs) are capable of producing short and intense (< 15 minute) periods of rainfall that may be particularly conducive to initiating post-fire debris flows.

Figure 2: (a) Radar image showing a narrow cold frontal rainband (NCFR) moving across southern California, and (b) time series of 1-minute and 15-minute average rainfall intensity at a gauge near the study area associated with the passage of the NCFR.

This work addresses the CW3E priority area of Atmospheric River Research and Applications. In the cool season on the US West Coast, short-duration, high-intensity rainfall capable of producing post-wildfire debris flows often occurs in atmospheric rivers. Identifying the connection between the temporal characteristics of precipitation and debris flows helps target our research efforts on atmospheric rivers to focus on this issue. Additionally, this work addresses the CW3E priority area of Modeling Capabilities in the Western US. The importance of very short duration precipitation bursts in debris-flow response suggests that there are benefits to advancing forecast models to address high temporal resolution precipitation. This work also advances the development of debris-flow models for the western US, especially for considering the recovery process. This research was supported by a NOAA CSTAR award and was a collaborative effort among University of Arizona, USGS, UCSD/CW3E, and AZ Geological Survey researchers, highlighting the CW3E Core Value of Collaboration.