A key index of California precipitation observations at eight stations in the Northern Sierra Nevada has set a new record high level after less than 7 months, beating the previous record that took 12 months of accumulation to set. A series of atmospheric rivers (ARs) that brought heavy precipitation to the state, especially in Jan and Feb, largely accounts for the record total accumulation. 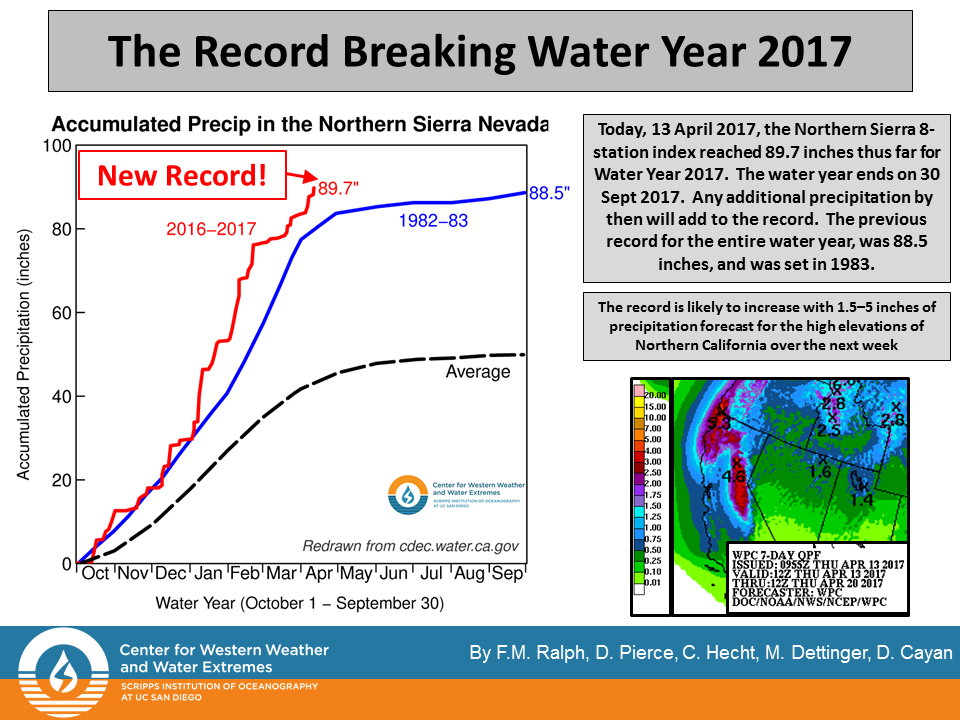 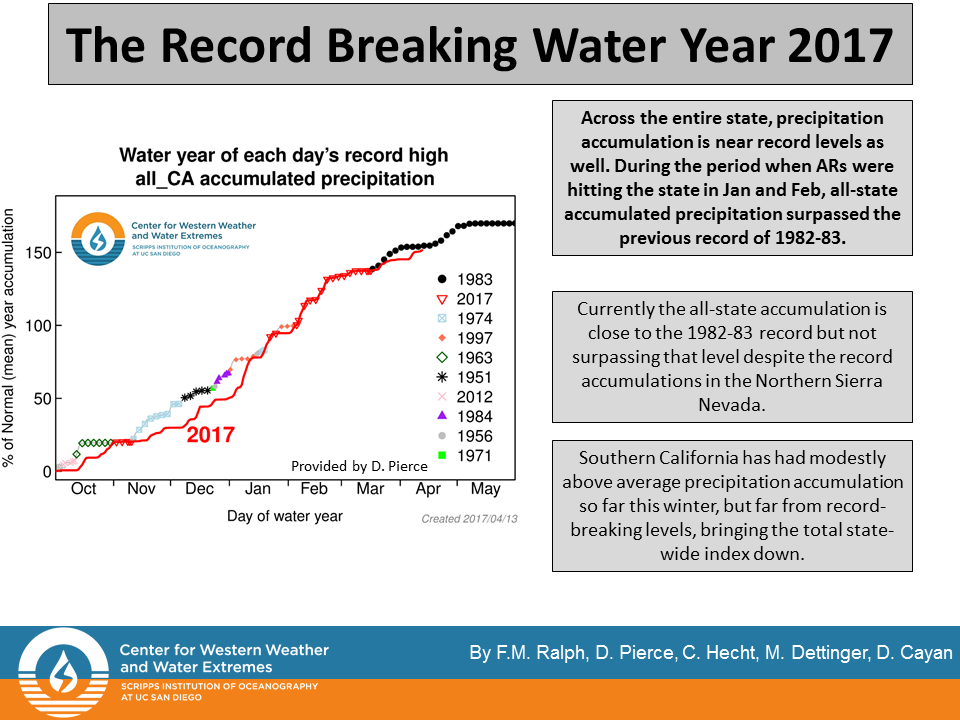 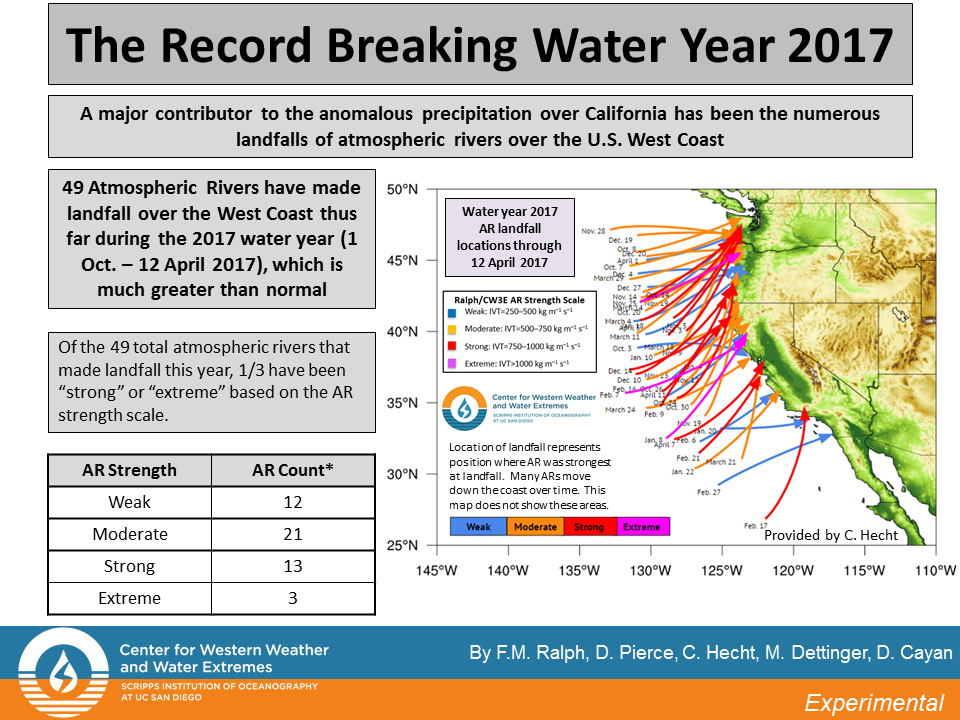 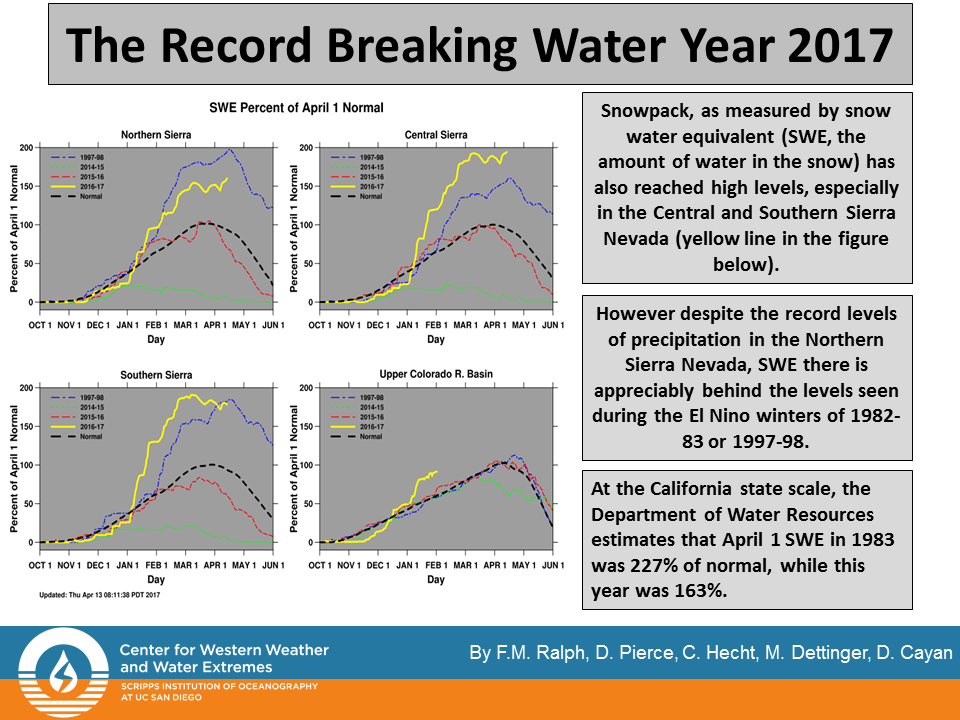 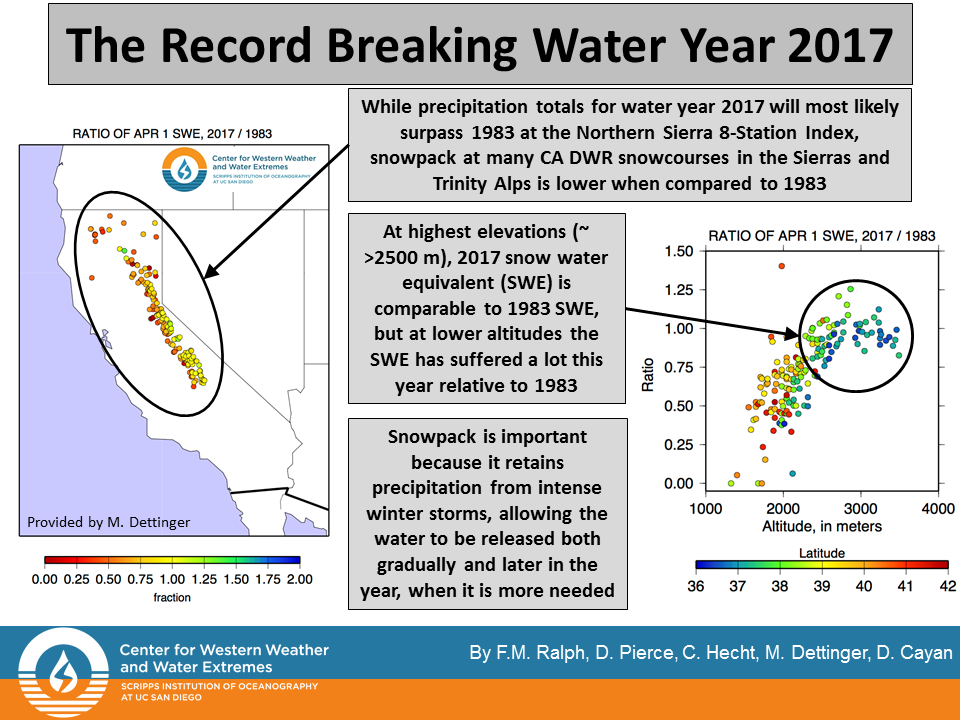 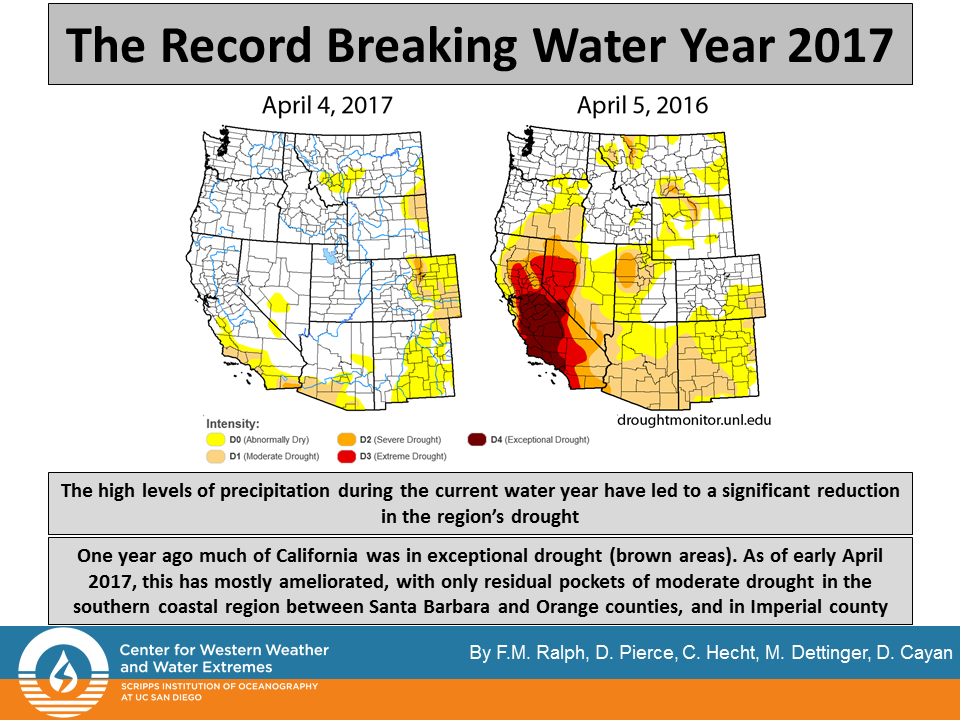