The January 2016 precipitation observations are now in, and have allowed calculation of the odds of reaching 100% of normal for the water year across three key climate divisions of California. These odds have increased slightly in Northern California, and decreased slightly in Southern California. The previous estimate had been based on observations only through December 2015. The state was affected by a series of storms in January, including atmospheric river events, such as the one highlighted in an earlier CW3E storm summary (see the storm summaries posted on 5, 8 and 15 January 2016 under “What’s New” on the CW3E web page – cw3e.ucsd.edu). The odds of reaching 100% of normal Water Year precipitation in the key northern California climate division that encompasses the Sacramento River, and the State’s largest water supply reservoirs, increased from 32% as of the end of December 2015, to 52% as of the end of January 2016. 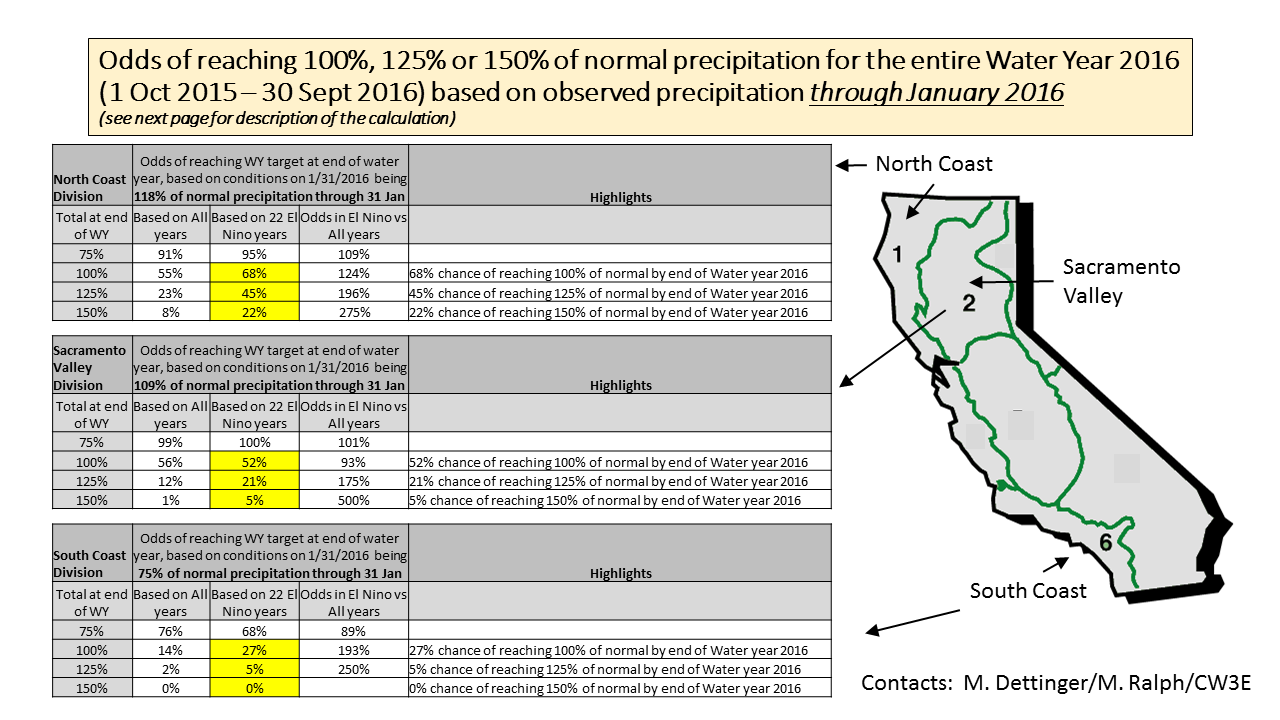 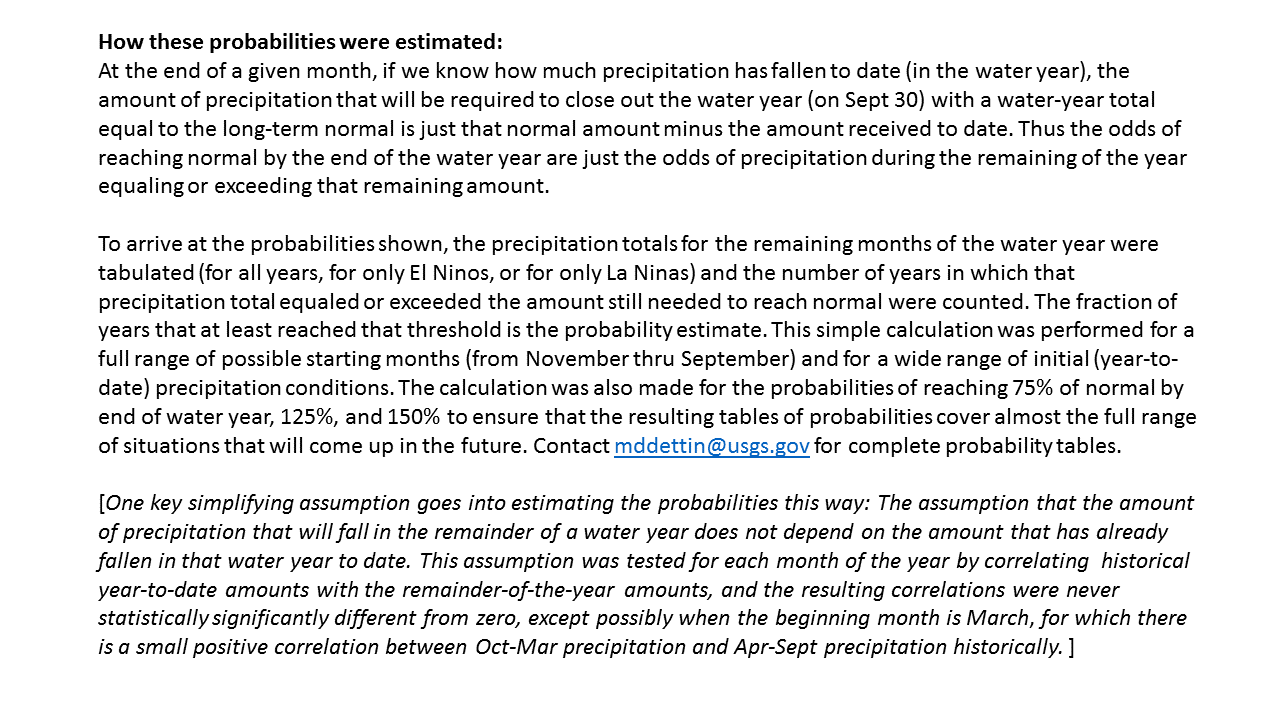