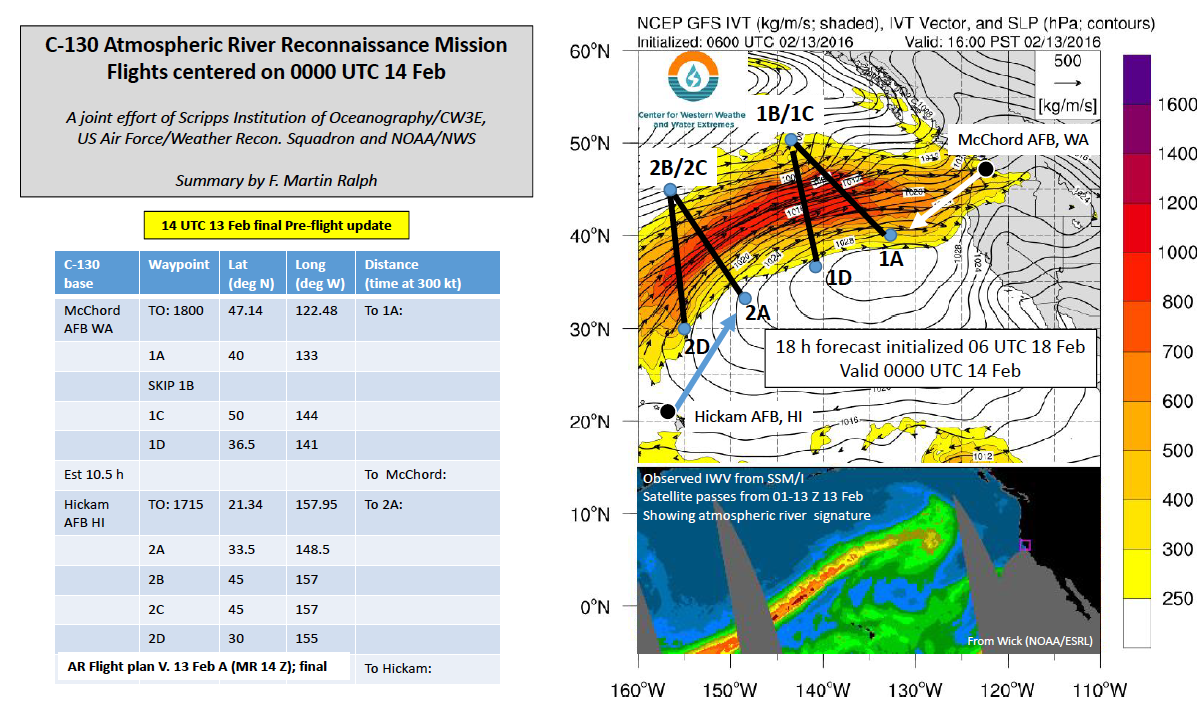 Scripps Oceanography, NOAA, U.S. Air Force team up on flights through atmospheric rivers this month, starting with flights on Saturday 13 February into a moderate strength AR between Hawaii, Alaska and the Pacific Northwest. Although of only moderate strength, this AR is likely to stall somewhere in the WA-OR area, creating a long-duration AR landfall. The long duration of landfall is key to determining whether the AR produces extreme rainfall and possibly flooding, or is more of a benefit to water supply and snow pack. Details in the AR conditions offshore, that are not represented accurately in the “initial conditions” needed for weather prediction limit the skill of forecasts of AR landfall duration and intensity. The flights today, one from Hawaii, and one from Tacoma WA, are aimed at reducing that uncertainty.

Researchers at Scripps Institution of Oceanography, UC San Diego have developed a new method for improving atmospheric river (AR) forecasts that is being used for the first time in National Weather Service-directed flights over the Pacific Ocean.

Scientist F. Martin Ralph, director of the Center for Western Weather and Water Extremes at Scripps, said the observations made aboard two U.S. Air Force C-130 aircraft later this month are aimed at improving forecasters’ ability to say exactly where storms will make landfall. Current forecasts of landfall location of ARs made one to three days in advance are typically off by 300 kilometers (200 miles).