The top 0.3% most extreme daily precipitation events in the key Sacramento River watershed all involved both a landfalling atmospheric river and a Sierra Barrier Jet. Thus, forecasts of extreme precipitation are related to the skill of forecasts of each of these key phenomena, and can be enhanced by evaluation of, and enhancement of, skill in predicting each of these key processes. This study was led by the CW3E Director, was supported by the California Department of Water Resources, used data from NOAA’s Hydrometeorology Testbed collected over a decade, and epitomizes the focus of the “Center for Western Weather and Water Extremes,” and its partnership with NOAA Research’s Physical Sciences Division and Plymouth State University. 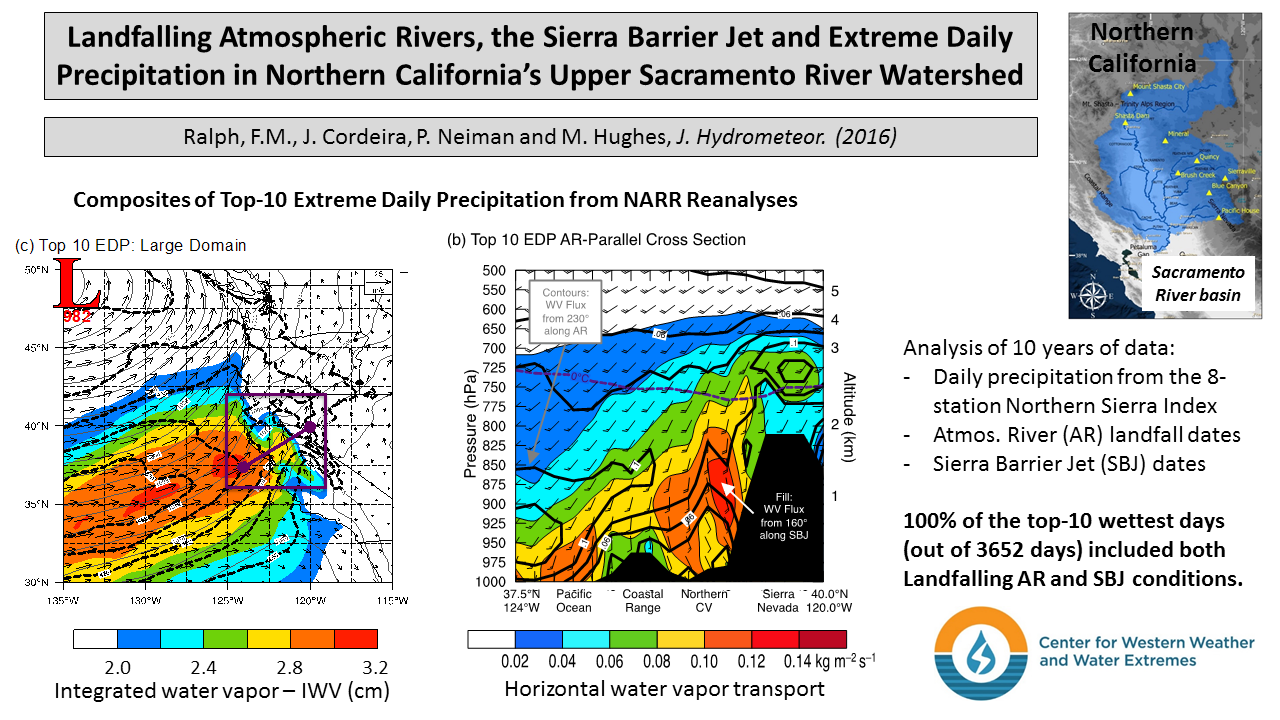