Over the last decade, the study of atmospheric rivers (ARs) has blossomed across the globe including novel research in the polar regions (Irina Gorodetskaya and many others), high mountain Asia (Deanna Nash), Mexico (Hėctor A. Inda Díaz), and Australia (Kimberley Reid). In 2021, there was a record number of publications–99–with the word “atmospheric rivers” in the title. In the United States, AR research including the AR Reconnaissance program along with Forecast Informed Reservoir Operations are highlighted in NOAA’s Priorities for Weather Research report. This set the stage for the long-anticipated fourth version of the International Atmospheric River Conference (IARC) held in Santiago, Chile from October 10-14, 2022. The goal of this conference was to advance the state of AR science (dynamics, impacts, monitoring, forecasts, and climate projections) by providing a forum to a growing community of researchers and practitioners.

Thirteen CW3E researchers attended and presented on a range of topics from using tree rings to reconstruct 440 years of extreme precipitation in Northern California (Cody Poulsen) to using aircraft reconnaissance observations to better forecast atmospheric rivers (Anna Wilson, Minghua Zheng). Sam Bartlett, Jay Cordeira, Brian Kawzenuk, Deanna Nash, Zhenhai Zhang, Alison Cobb, Luca Delle Monache, and Minghua Zheng attended the conference virtually. Marty Ralph, Anna Wilson, Cody Poulsen, Tom Corringham, and Sarah Ogle attended the conference in person and enjoyed exploring Santiago with their fellow atmospheric river scientists from around the world. CW3E would especially like to thank all of the Chilean scientists for welcoming us to their country and showing us around Santiago including touring the University of Chile, hiking up San Cristóbal Hill, and eating delicious food (empanadas, ceviche, sandwiches, etc.). The next IARC will be held in La Jolla, California, and hosted by CW3E, as with the first one in 2016. 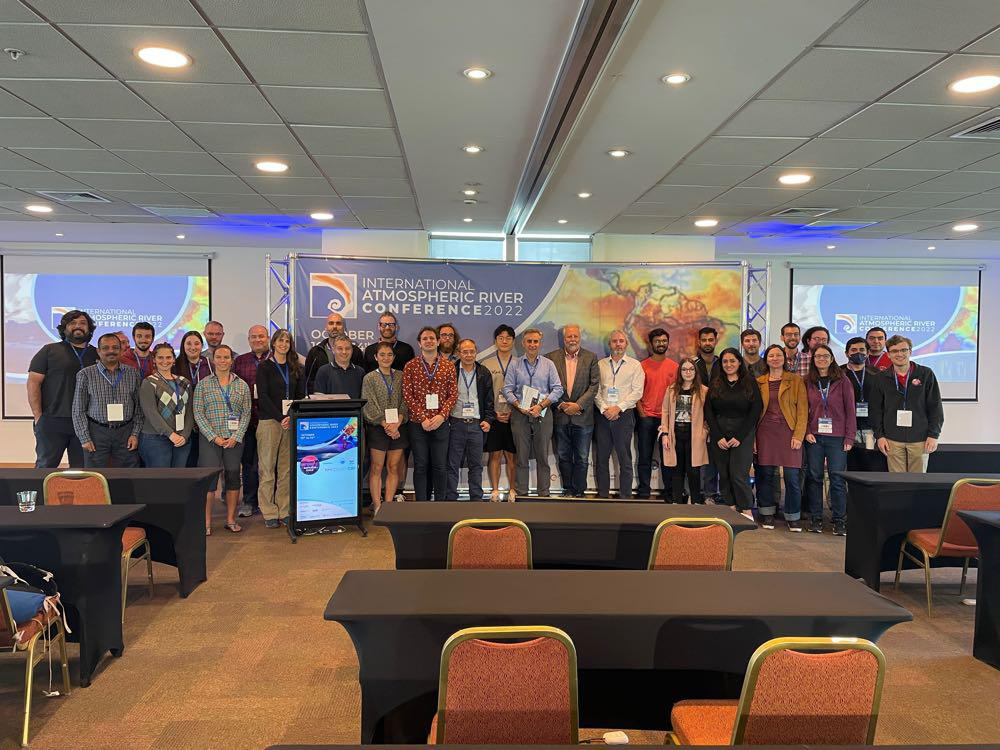 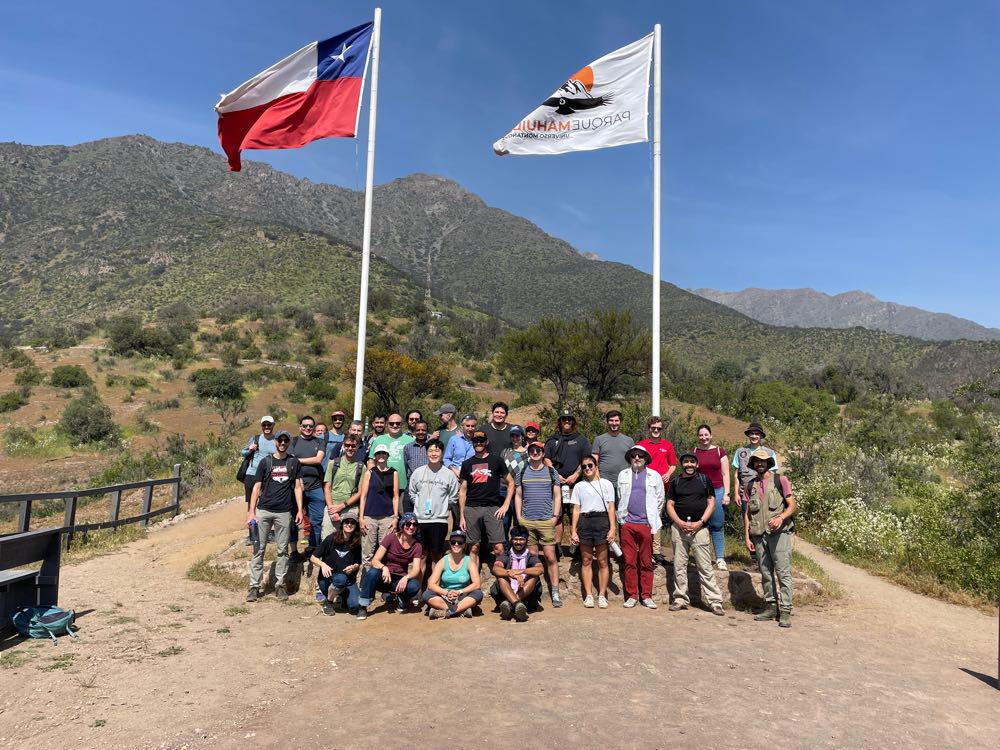 Conference attendees enjoy a hike and spring weather in the beautiful foothills of the Andes mountains. 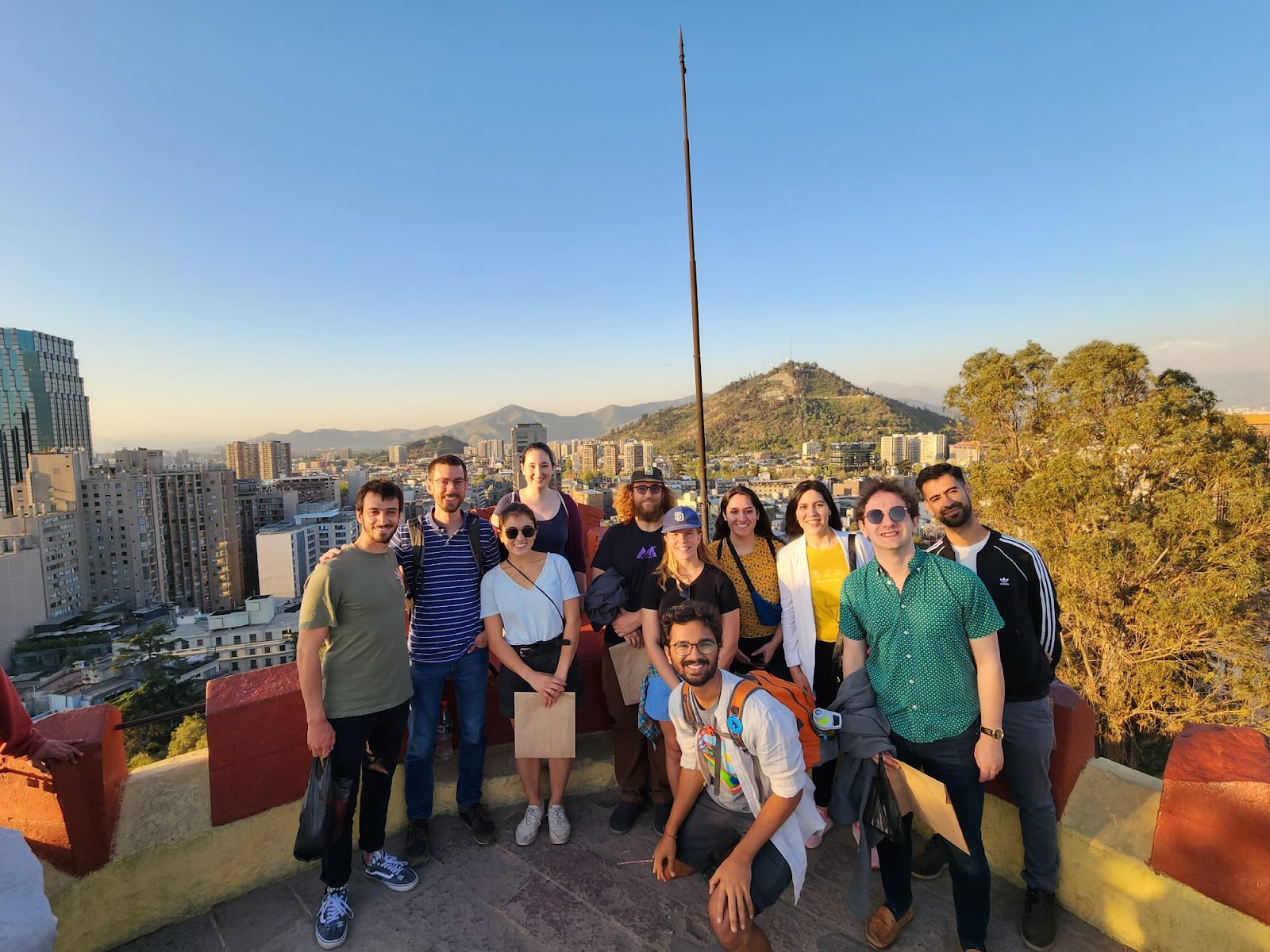 Conference attendees including many graduate students enjoy the view of Santiago on top of San Cristóbal Hill.