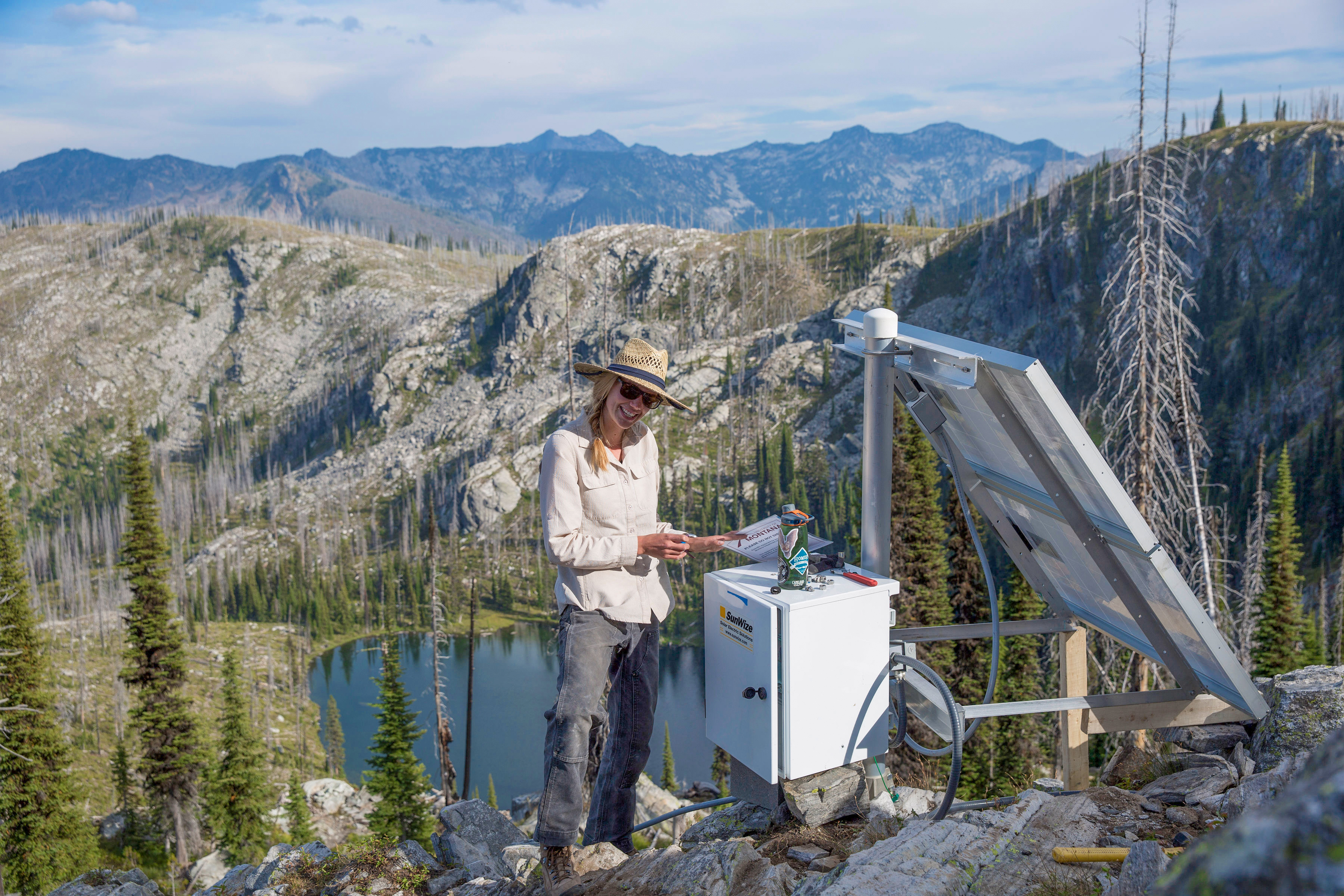 Ellen Knappe joined CW3E in February 2020 as a joint postdoc with IGPP. El finished her PhD in 2019 at the University of Montana working on constraining earth deformation using geodetic time series with Dr. Rebecca Bendick. Her research included quantifying seasonal deformation due to hydrologic loading in the mountainous watersheds in the northern Rockies. Prior to coming to Scripps Institution of Oceanography (SIO), she received her BA in Geophysics from UC Berkeley (2014) and completed a short postdoc at UM with Dr. Bendick and Dr. Payton Gardner (2020).

El’s research at UM included using geodetic observations as an independent measure of hydrologic storage in mountainous watersheds. With dense networks of stations across the US and daily observations, geodetic time series can constrain water mass at high temporal and spatial resolution. At SIO, working under advisor Adrian Borsa, she will apply and expand these methods to other regions, including the Pacific Northwest and California, working towards quantifying water storage in mountainous watersheds, water flux due to large precipitation events and tracking water through watersheds with time. El looks forward to working with CW3E to integrate geodetic observations into existing hydrologic and watershed models.